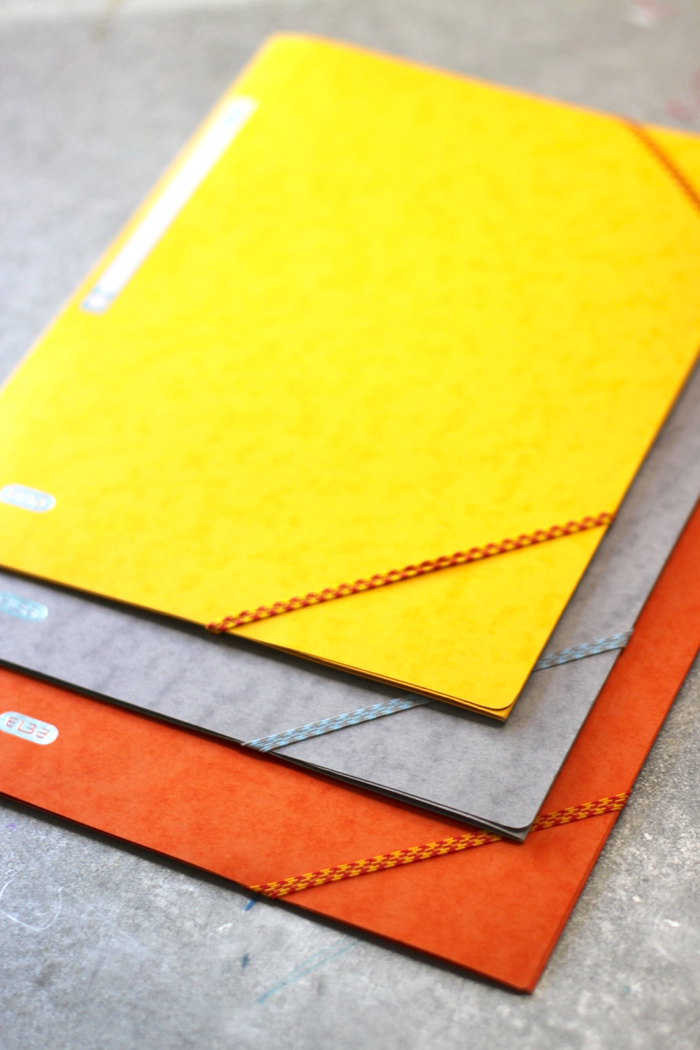 Over the summer, while we were in France, we didn’t pick up too many souvenirs. But we did hit the back-to-school section of the supermarket to stock up on our favorite French school supplies.

I’m a fan of looking at school supplies in any country we visit. As you would expect, it all takes the same general shape and does the same general job — no matter where we are, there will be notebooks, writing utensils, folders, etc.. But each country seems to have their own little details and traditions. And I just eat that stuff up! 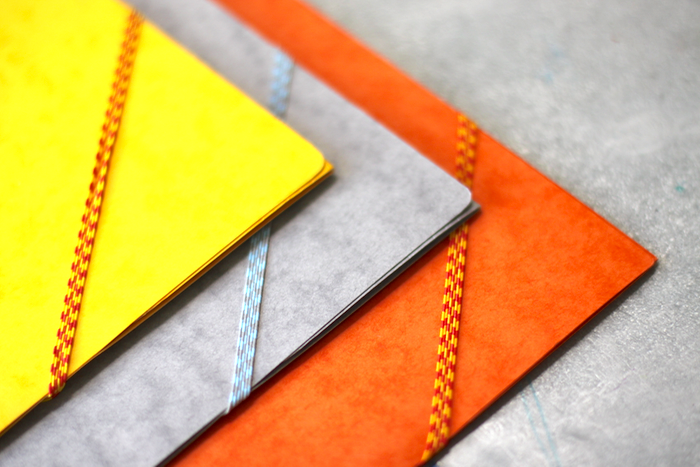 My personal favorite thing in the French school supply aisle is pocket folders. Why I like them? The elastic enclosures are pretty much universal on their folders, and I find them both charming and useful. They also include a sticker label on the outside that’s practical and makes it look official. And they come in such good colors! Basic primaries, but also lovely blue-greys, and green-greys, and rosey-mauves. (At some point near the middle of the school year, no matter which folders you’ve chosen, these come in very, very handy!)

These came as a four-pack. There was a green one too, but I already used it. : ) 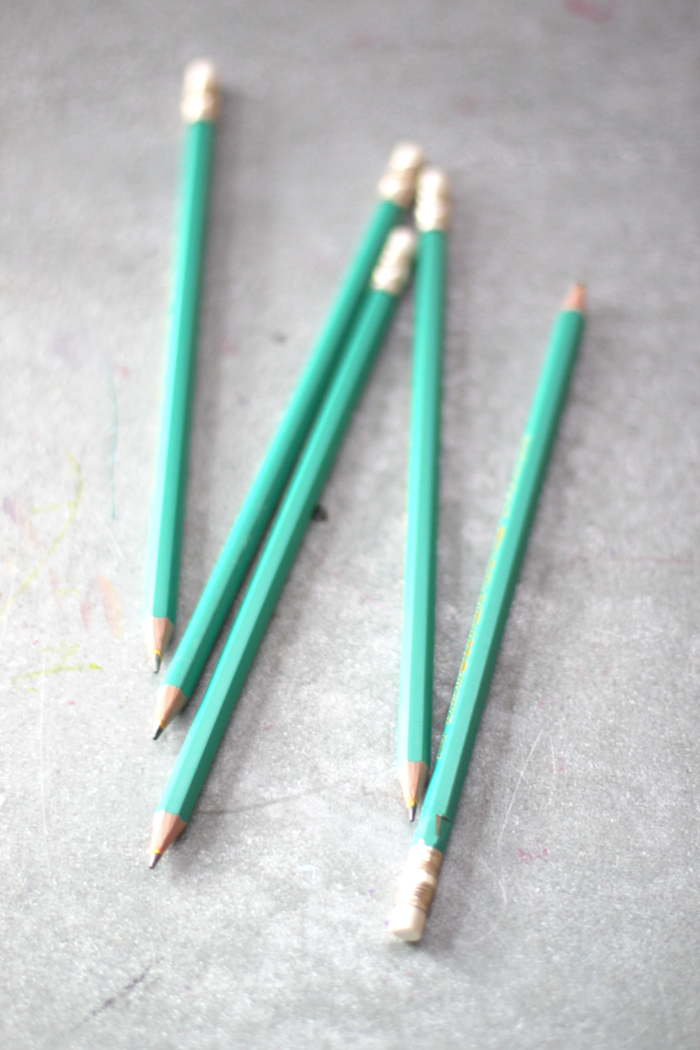 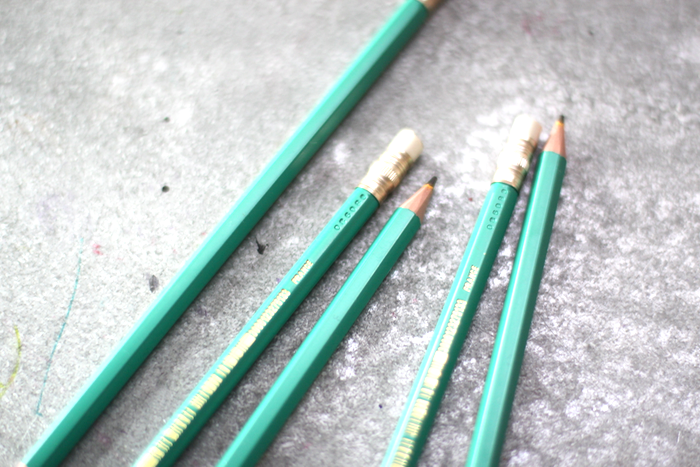 These pretty blue-green pencils always make my list as well. Pencils aren’t used as often as pens in French schools, so instead of big boxes of 24 Ticonderoga No 2 yellow pencils (which I love), these come in a small pack of 5 or 6. And I’ve only seen them pre-sharpened.

They are the closest thing I’ve seen in France to typical American pencils — same shape, eraser on the end, they fit in our sharpeners. They’re fun for my kids to use at school here in the U.S., because they feel distinctive, but work just like our regular pencils. (I am loving this color pencil, too. And this old-school assortment.) 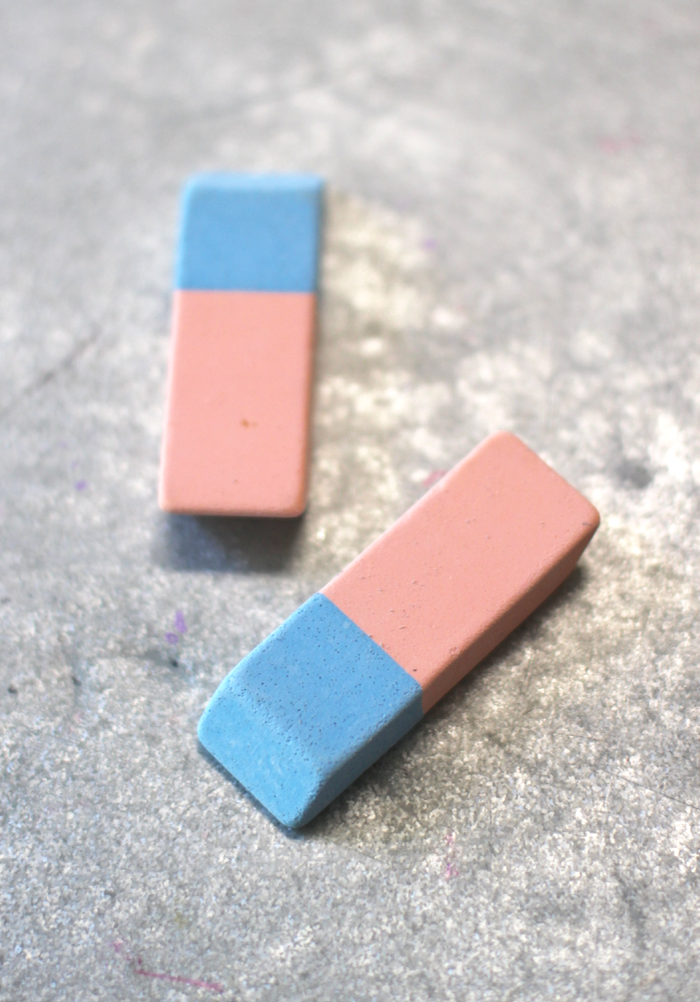 Nothing super special about these erasers. I just like the colors. : ) They come in a two-pack. 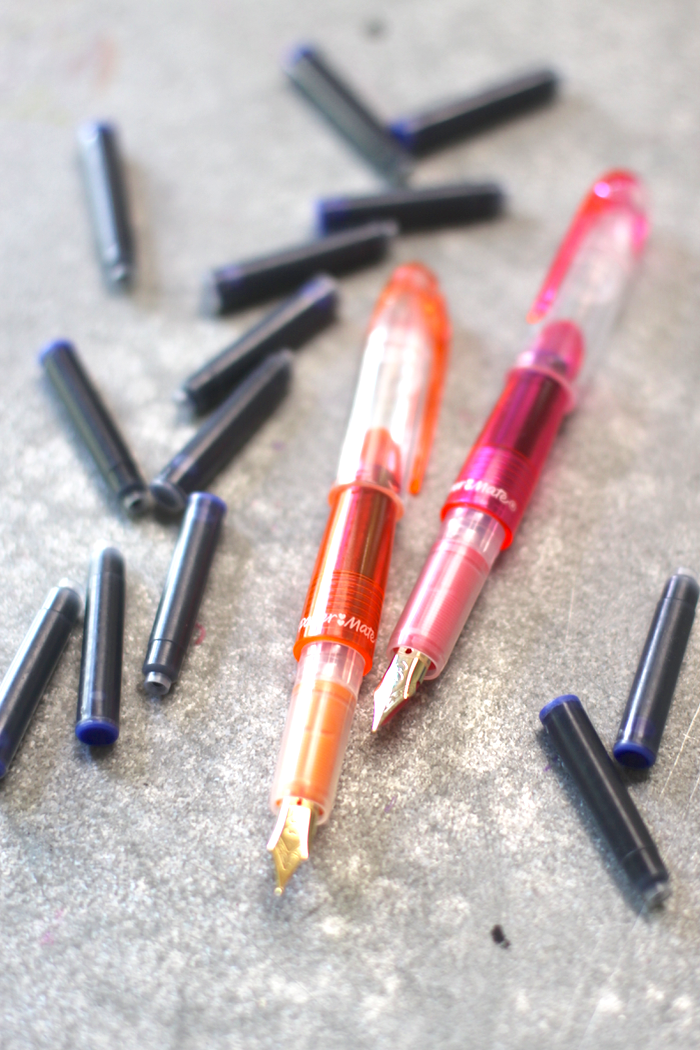 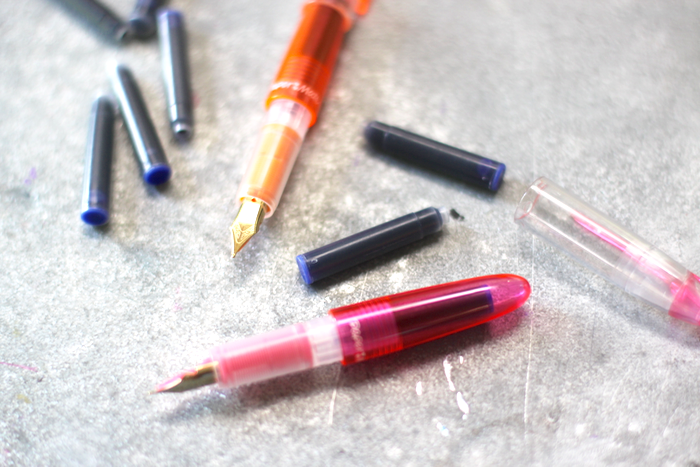 Let’s talk about these fountain pens for a bit. These are for sure the thing my kids miss most as far as school supplies go, so we always make sure to bring home plenty of these.

The pens come in multi-packs, or as singles, and they are available in tons of colors and designs (the pens, not the ink, the ink seems to be always blue). The pens will have an ink cartridge already installed and then a couple of extras in the package. But that ink won’t last too long. So when you buy a pen, you also buy a bigger refill pack of the ink cartridges. It’s usually a little packet of 20 or 30.

I would say these are the most used writing utensil in French schools. Instead of pencils, these get the most action. 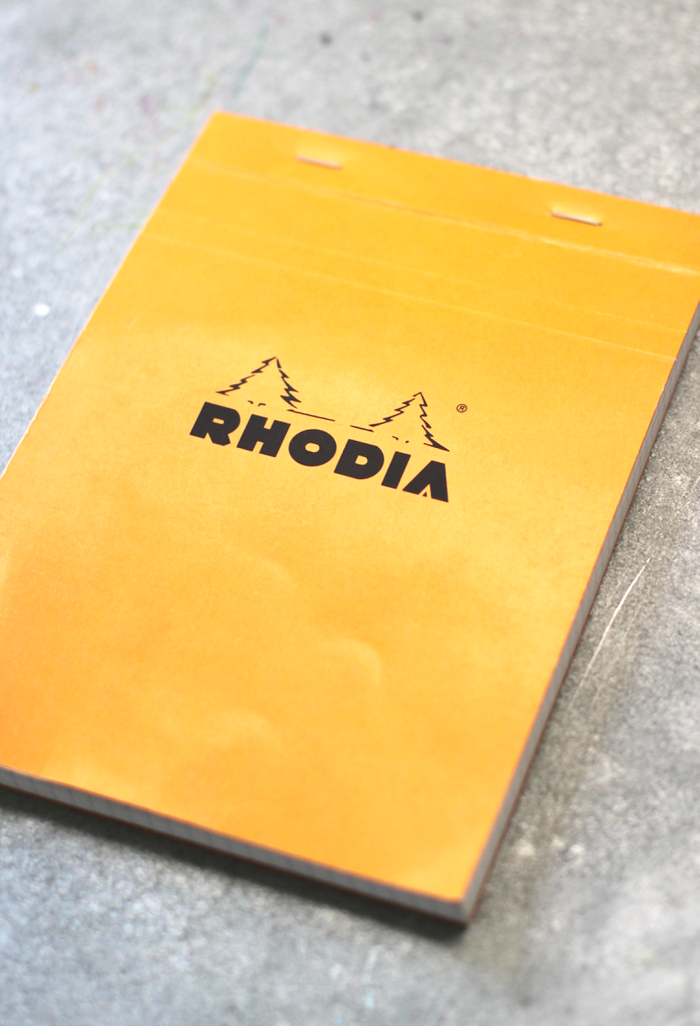 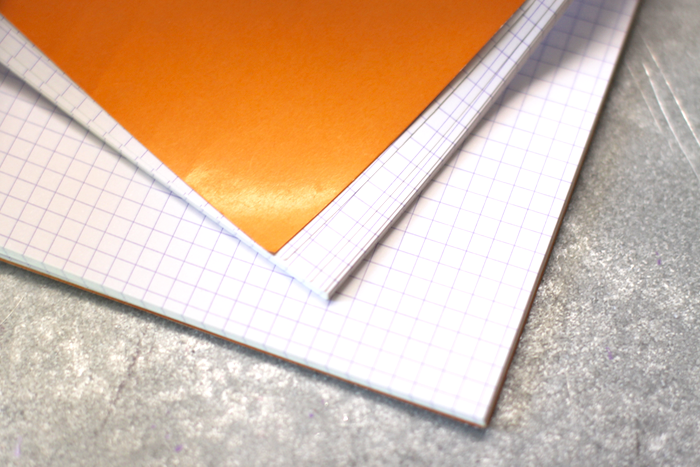 Up next is Rhodia notebooks. Ben Blair favors these over any other notebooks he’s tried. They come in lots of sizes, and always have graph paper (versus lined paper). I’ve seen these are art stores here in the U.S., and even on Amazon. But the selection is much bigger in France. 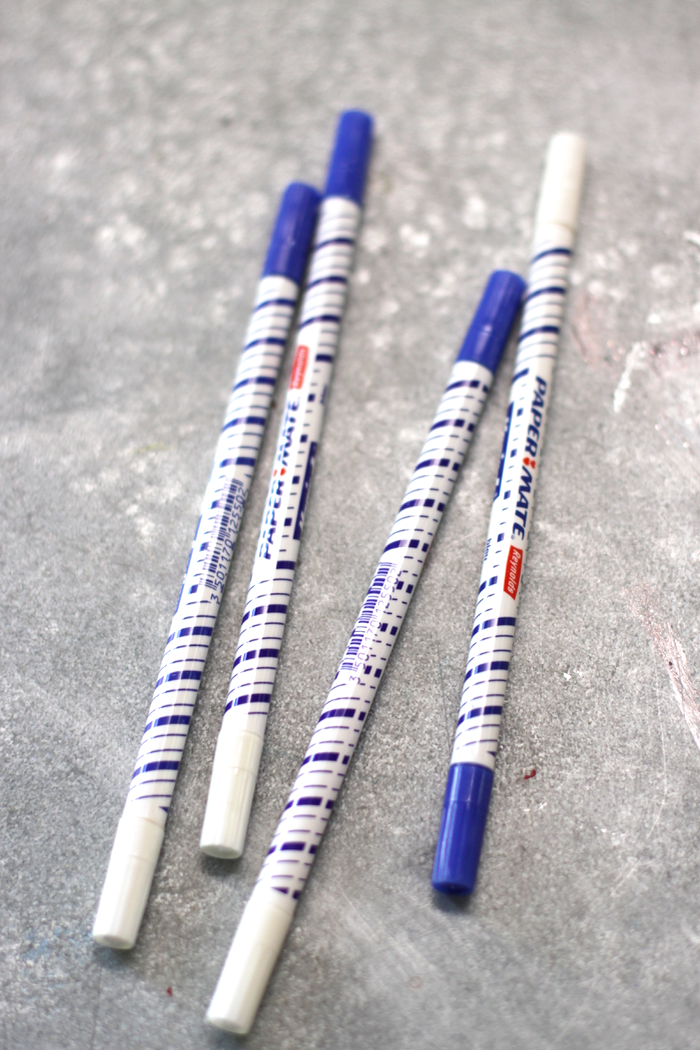 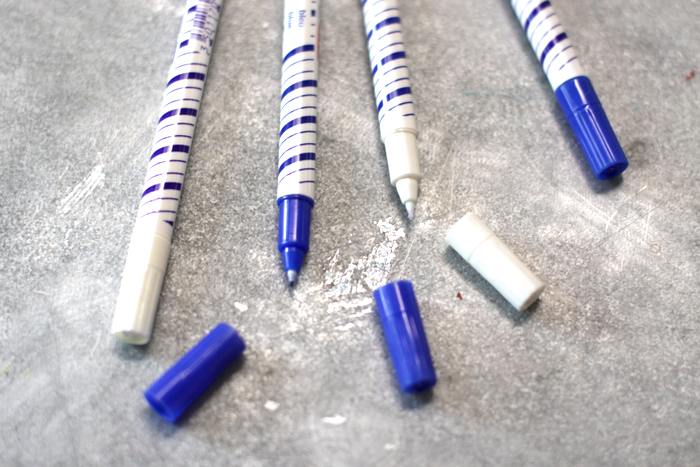 My kids would use these for math homework instead of a pencil. 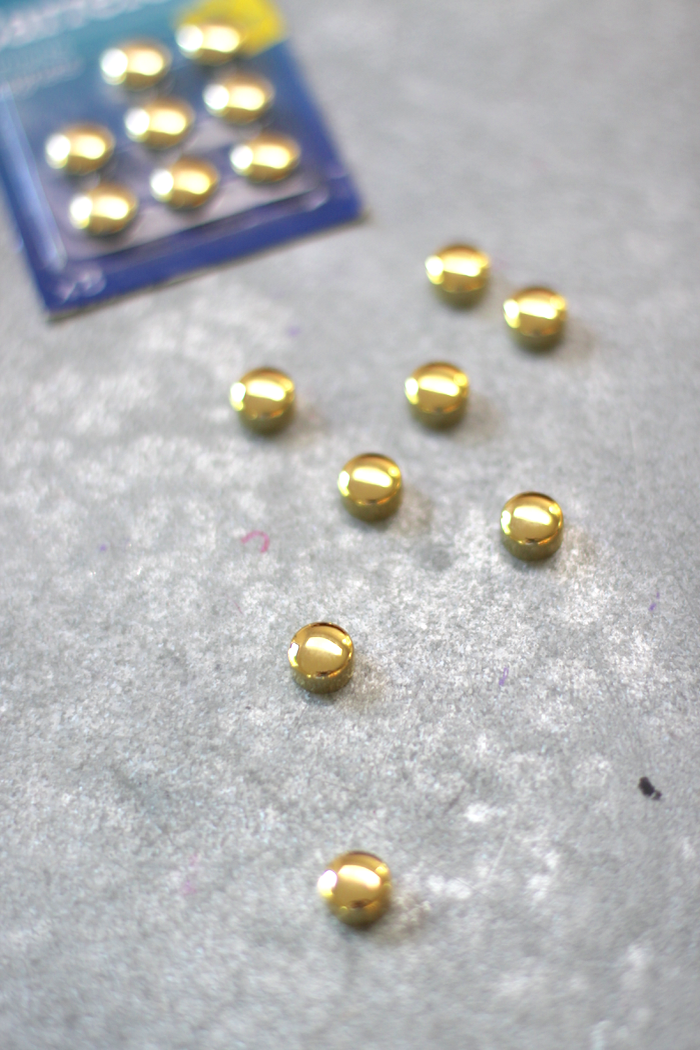 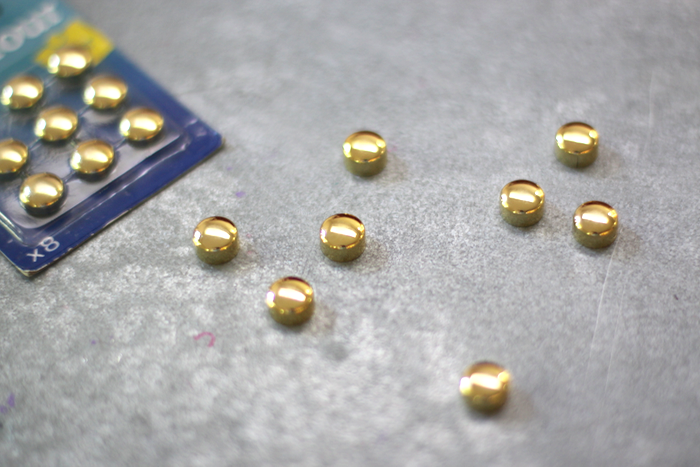 These are little bullet magnets. They are not a widespread school supply that every French student uses, but I feel like they are a good example of other pretty little items I find in the school supply aisle. These are just as cute and powerful. 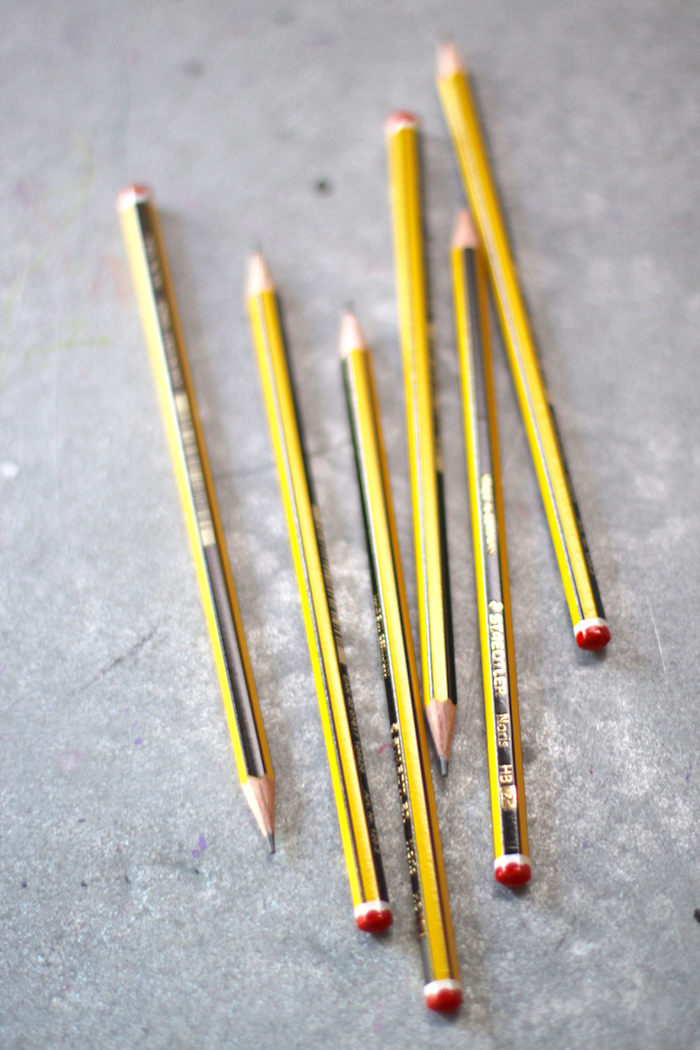 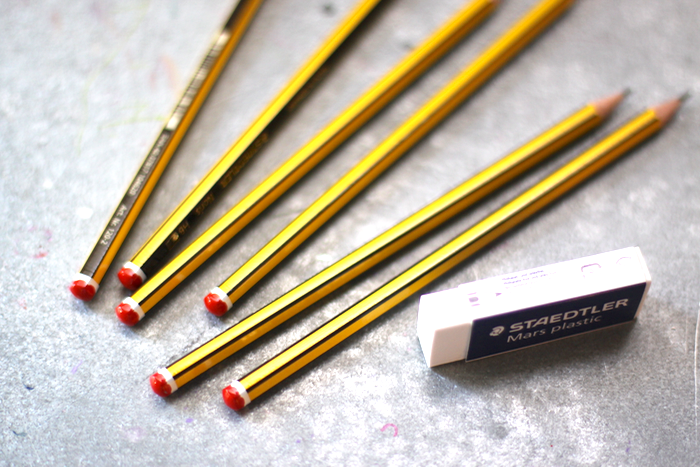 Lastly, I picked up these pencils — which I believe are German, not French. I love that they are the yellow we’re familiar with, but more distinctive with the black stripes. And the red end is not an eraser — it’s just a fun little detail. So the pencil packet comes with a separate block eraser, and that’s what they use instead.

And that’s everything we picked up. At this point in the school year, we’ve used up a bunch of our stock. So no doubt, we will ask Maude to do a little shopping for us before she comes home in June or July.

After France, my next favorite country for school/office supplies is Japan. And happily, I can access a pretty great selection in Japantown in San Francisco. What about you? Do you have a favorite thing to shop for when you travel? Is there anything I featured in this post you’d like to try? And if you were going to live in another country, is there a favorite U.S. school supply you would bring with you? Maybe a favorite type of pen or pencil? Or a covetable Moleskine notebook? I’d love to hear!