The Ideal Age For a First Cell Phone 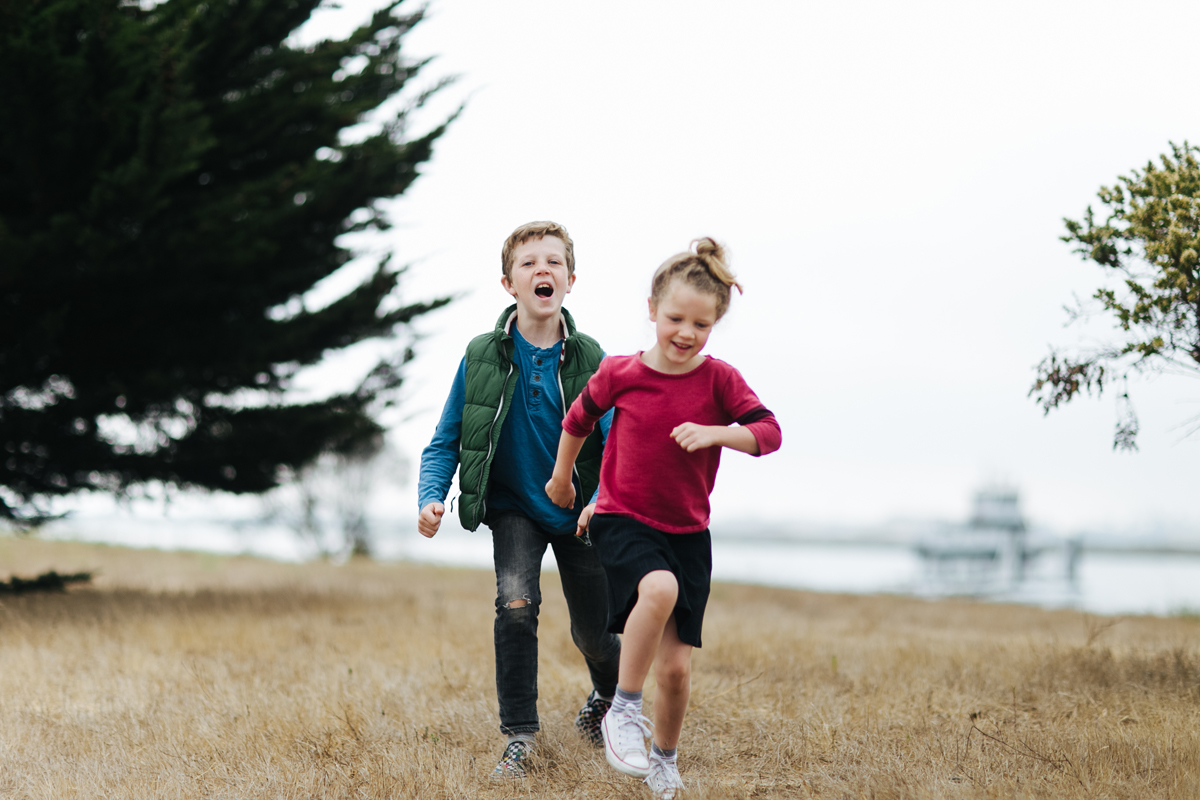 I’ve been getting so many thought-provoking questions from readers this summer, including a very short one that came in last week: I am a longtime reader of your blog and wanted to know, what age did your kids get a phone? — Michelle

I have a few thoughts on this topic, but I’m especially interested in hearing how you’ve handled this at your house. I really believe this is an area where we all need to share what we’ve learned so far. So I hope you’ll chime in. Here are my thoughts.

1) Our 3 youngest kids, currently aged 12, 11 and 7, don’t have cell phones. They have access to screens — the family iPad, the family desktop iMac — but they don’t have their own phones, or even iPods. At one point, our son Oscar was set to inherit a hand-me-down phone that he could use as an iPod, but it ended up being old and faulty and didn’t really work out.

Our 3 oldest kids, currently aged 15, 18 and 19, all received their first phone during high school. When we moved from France to Oakland, Ralph started his sophomore of high school, and Maude started her freshman year, and they both got their first official cell phones as the school year started. In France, we had experimented with some basic flip-phones for them to use in emergencies, but their first real data phones didn’t happen till we moved back to the States.

Apparently, that makes us somewhat unusual. Surveys show that back in 2010, 69% of 11-14 year olds, and 31% of kids aged 8-10 had cell phones. I assume the numbers are even higher these days. But, I don’t think it’s as strange as the statistics makes it sound. I feel like we know many families here, with kids in middle school, who don’t give their kids cell phones yet. 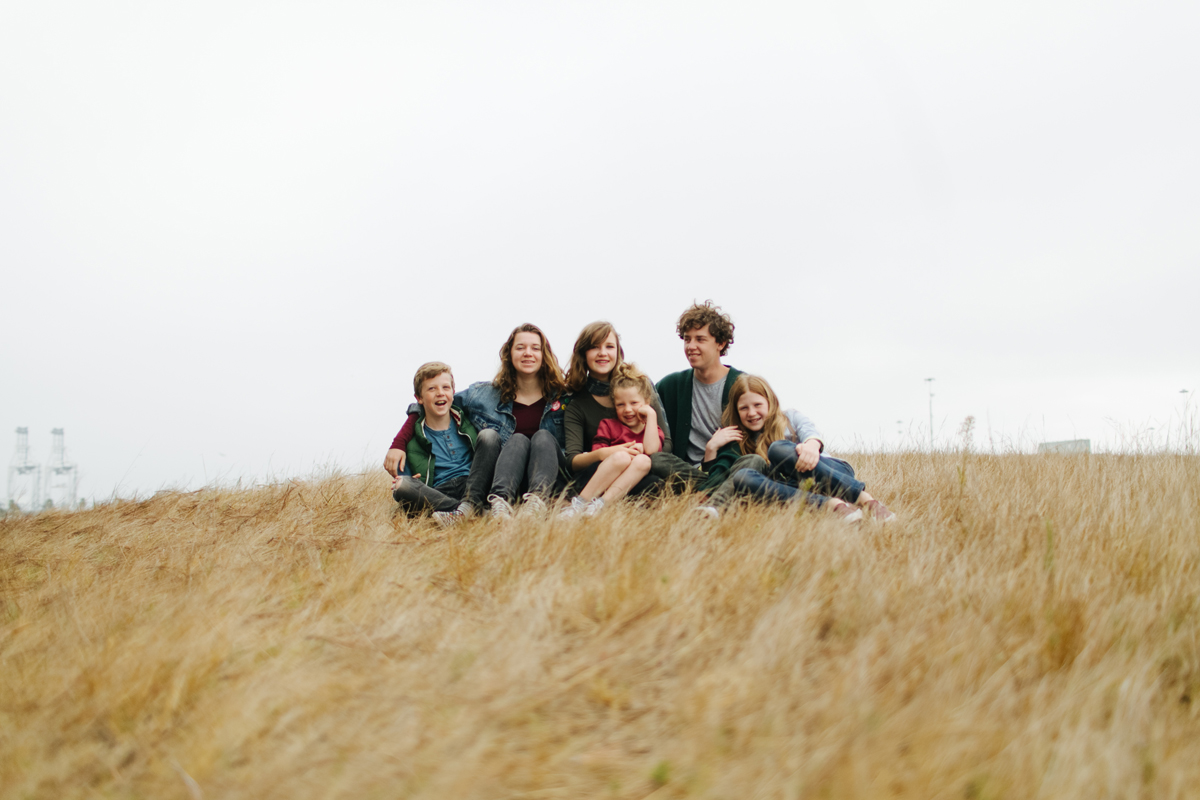 2) Even though I’m listing it second, my first thought whenever this topic comes up is that: No one can realistically have a good answer yet. Meaning, we have no models of what’s proven to work and what’s harmful. The iPhone just turned 10 years old a couple of weeks ago. This whole smart phone culture is still so new that good research doesn’t exist yet on what the long-term benefits or problems are.

Sure, there are new articles written all the time, lamenting the use of phones (or screens in general) for kids. But a lot of the conclusions are still guesswork at this point.

I bring this up for two reasons. One, don’t expect to get it right. Our kids are a giant experiment. The way we as a generation of parents are approaching screens might be awesome, or it might be horrible, and it’s likely somewhere in the middle. But instead of despairing, take heart, because we’re all in this together and whatever problems do come up, we’re not going to be alone in tackling them. Which brings up reason number two. We need to share what we are learning. When we find a new rule or policy that works, we need to tell people about it. When we get it wrong and a plan backfires, we need to tell people about it. We need to learn from each other.

3) Related to what I just mentioned, the landscape of cell phones is still changing. I remember going to a community meeting for parents about 9 or 10 years ago when we lived in New York. A police officer gave a talk about keeping our kids safe said it was a no -brainer: a cell phone made kids safer and we should all give cell phones to our teens. Would he still agree with this advice a decade later? Do the negative cell-phone stories that make the news (often featuring predators and bullies) outweigh the convenience of knowing where your kids are via texting?

4) From a parenting angle, once you’ve chosen a phone for your kids that works with your family budget, you may soon discover that the management of the phone is harder than deciding what age is appropriate. Are you willing and available to take the phone away each night and remove that temptation? How do you want to handle privacy for your kids? Are you going to read their texts? Look at their photos? (Personally, I would recommend YES to both of these things.) Will you be monitoring what they post on their social media accounts? Do you have time to follow the Instagram accounts that are following your kid?

Making sure your kids aren’t getting into trouble with their phone — even accidentally — can feel overwhelming.

5) When a child should be given a cell phone really ends up being a personal decision based on all sorts of factors that may or may not apply to my life. For some kids, a phone may be the closest thing to a laptop or desktop they have access to — their phone may be a key resource and educational tool. Other kids may need a phone to safely access transportation (like Uber or a bus schedule). For many families, a phone for their kids may be out of the question budget-wise. Not just buying the phone, but the added cost of another data line too. All that to say: what works for you may not work for your neighbor.

Now I’d love to hear: What has worked for your family so far? Have you set any guidelines or rules about what age you like to give a first phone that have turned out to be reliable? For those who have older kids, would you do it the same way again? If not, what would you advise a younger parent? What are your worries about kids and cell phones? Have they proven to come true? And how old were you when you got your own first cell phone? Do you remember?

P.S. — How to properly clean your tech. And a fun budgeting game for teens.