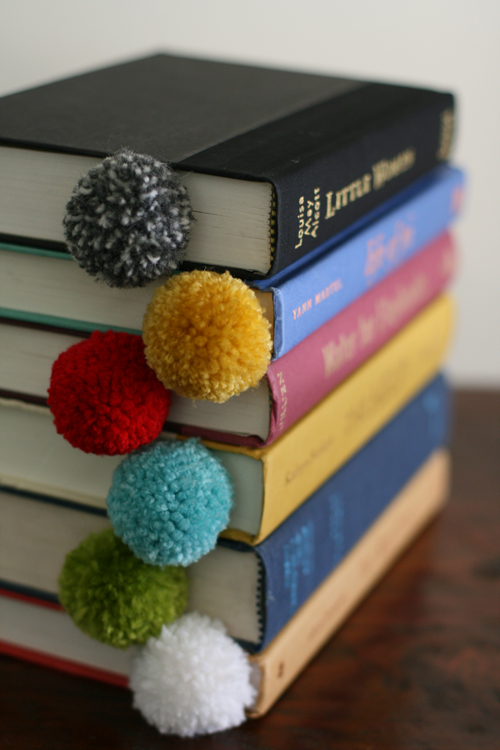 For Father’s Day gift ideas, I thought it would be fun to focus on books — they always make such reliable gifts. It’s fun picking out the perfect title for a particular person, and they’re so easy to wrap and ship. Not sure what to pick? I’ve got 20 ideas covering a wide range of topics to get you started. 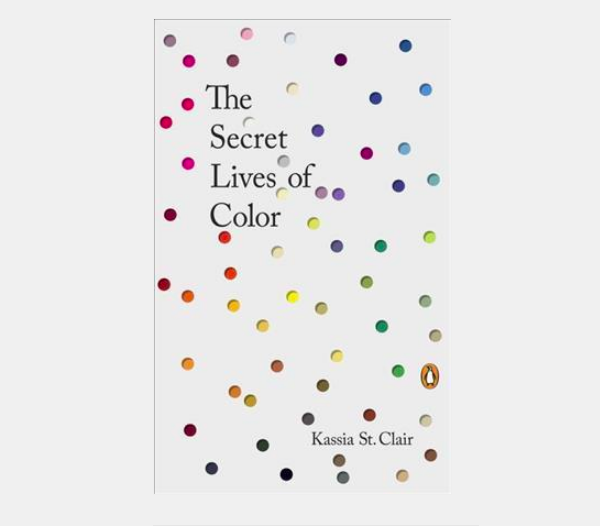 The Secret Lives of Color, by Kassia St Clair. A beautiful multi-colored volume filled with the unforgettable, unknown history of colors and the vivid stories behind them. 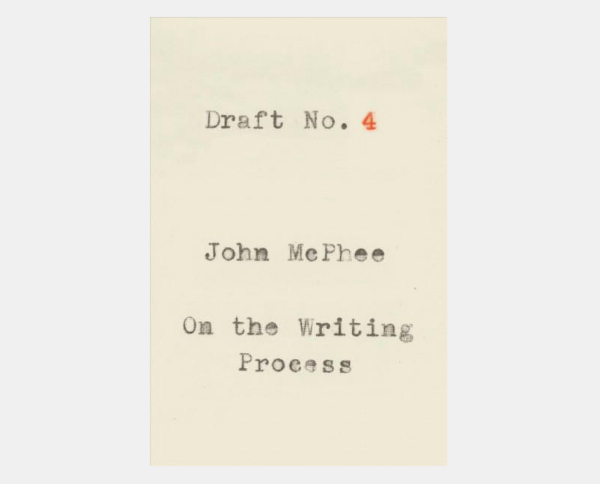 Draft No. 4: On the Writing Process, by John McPhee. He’s a longtime New Yorker contributor, who has re-edited some of his own work for our benefit. He’s funny, and he doesn’t pretend writing is fun. 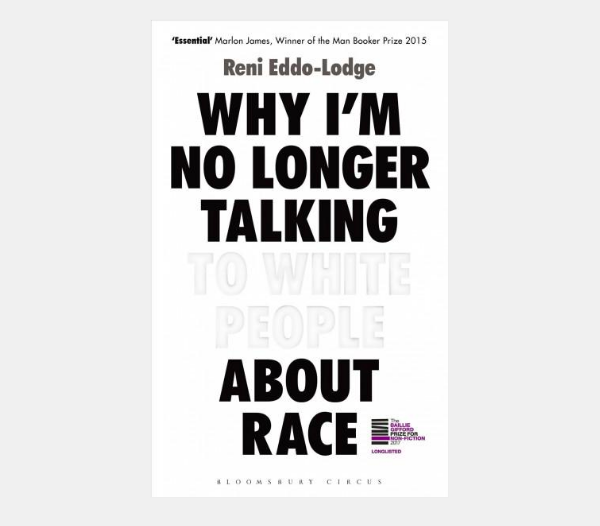 Why I’m No Longer Talking To White People About Race, by Reni Eddo-Lodge. A collection of essays about what it means to be a person of color in Britain. You don’t have to live in the U.K. to recognize the issues of white privilege, class, feminism and structural racism that she explores in this book. 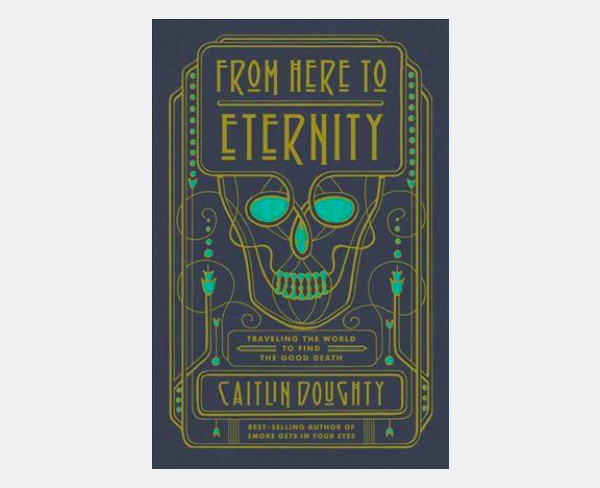 From Here to Eternity: Traveling the World to Find the Good Death, by Caitlin Doughty. The author is a mortician who travels the world to learn how other cultures care for their dead. Fascinating. 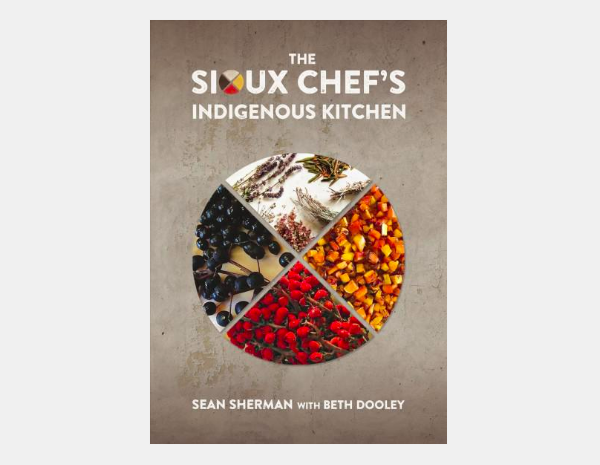 The Sioux Chef’s Indigenous Kitchen, by Sean Sherman. Oglala Lakota chef Sean Sherman has spent years researching the foods his Native American ancestors ate before Europeans first arrived in the Americas – which means no sugar or dairy, among other things. Think of it as part cookbook, part history book. 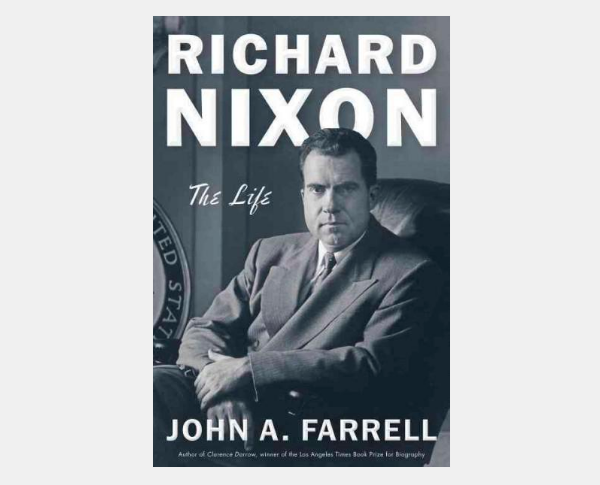 Richard Nixon: The Life, by John A. Farrell. This book is described as the defining portrait of a man who led America in a time of turmoil and left us a darker age. We live today in a world Richard Nixon made. 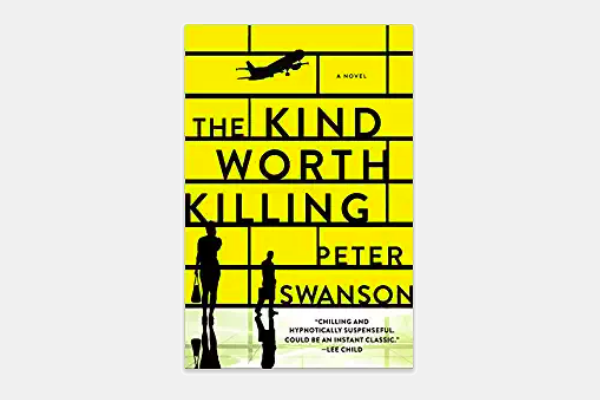 The Kind Worth Killing: A Novel, by Peter Swanson. For someone who loves a thriller. This is Swanson’s breakout novel and it has rave reviews. 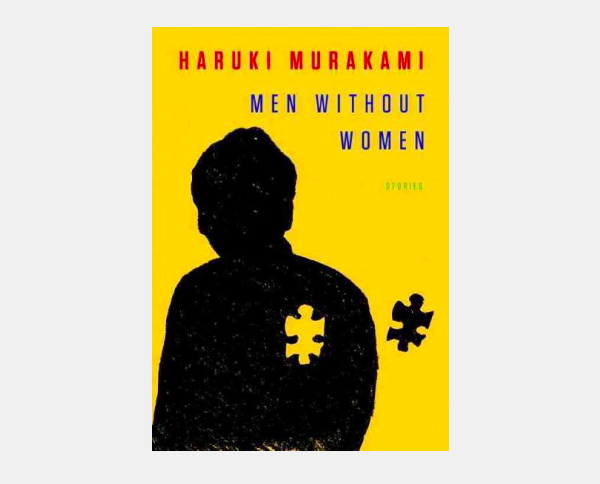 Men Without Women: Stories, by Haruki Murakami, translated by Philip Gabriel and Theodore Goossen. Each story in Men Without Women is about a man dealing with who they are in relation to the women around them, whether it’s their lover, deceased wife or chauffeur. 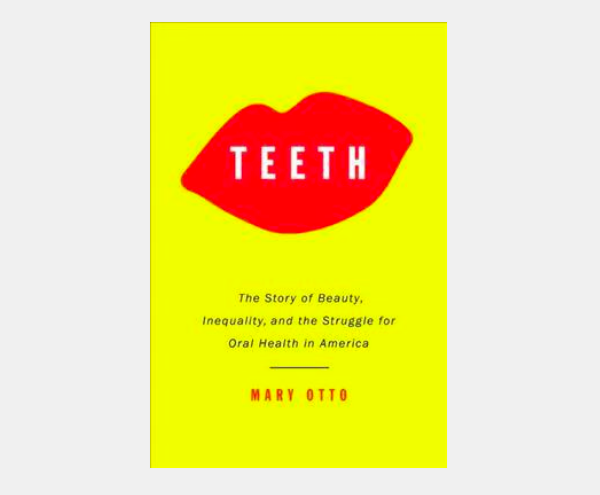 Teeth: The Story Of Beauty, Inequality, And The Struggle For Oral Health In America, by Mary Otto. Take a journey into America’s epidemic of oral disease, and how tooth decay can connect to stunted job prospects, low educational achievement, social mobility, and the troubling state of our public health. 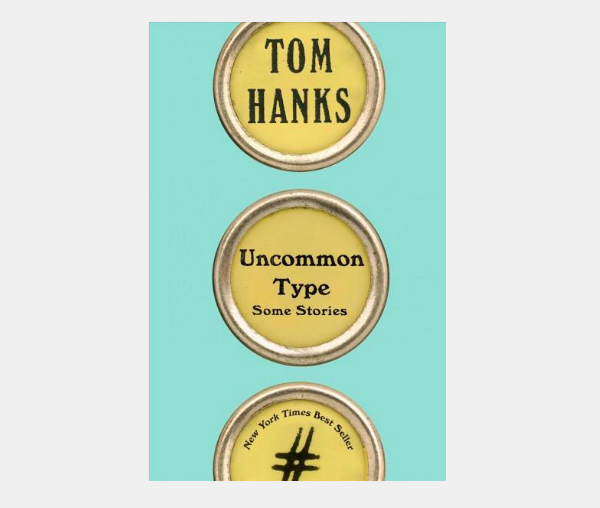 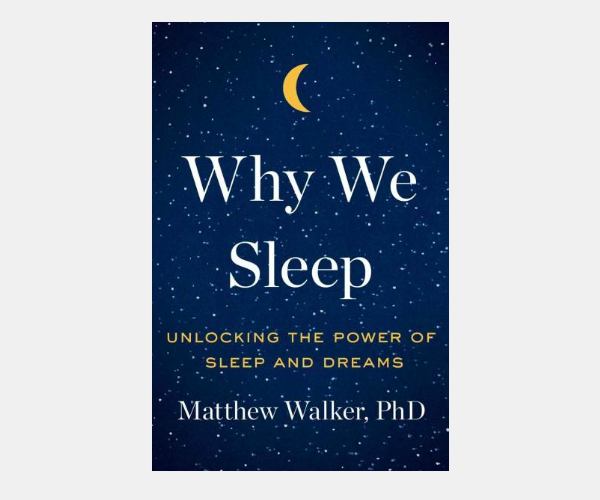 Why We Sleep: Unlocking The Power Of Sleep And Dreams, by Matthew Walker. Written by the director of UC Berkeley’s Center for Human Sleep Science, this book is a fascinating dive into the purpose and power of slumber — how a good night’s shut-eye can make us cleverer, more attractive, slimmer, happier, healthier, and ward off cancer. 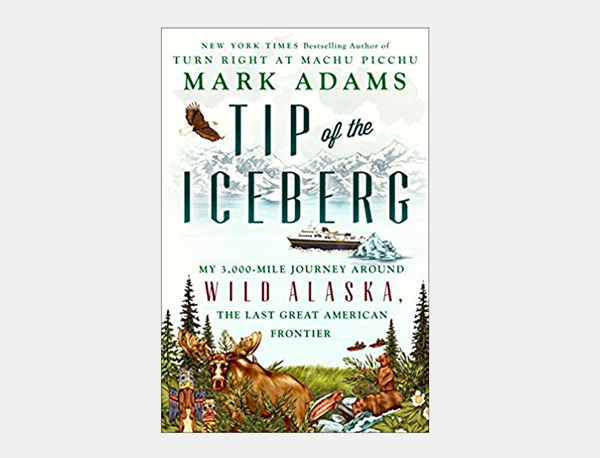 Tip of the Iceberg: My 3,000 Mile Journey Around Wild Alaska, The Last Great American Frontier, by Mark Adams. From an acclaimed travel writer, this book is a fascinating and funny journey into Alaska, America’s last frontier, retracing the historic 1899 Harriman Expedition. 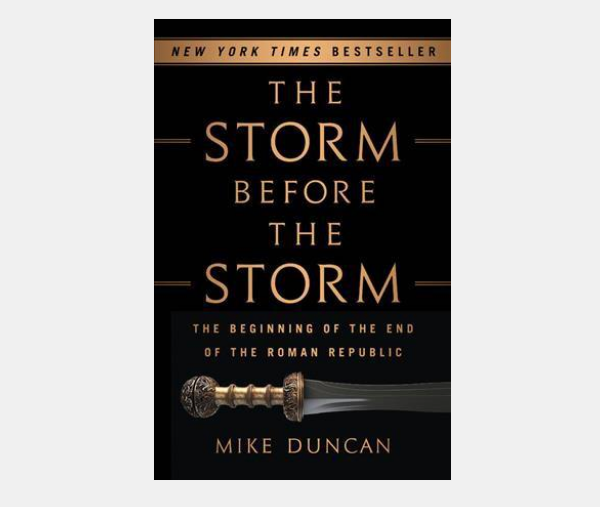 The Storm Before The Storm: The Beginning Of The End Of The Roman Republic, by Mike Duncan. This book focuses on the decades that led up to the fall of the Republic — from income inequality to questions about who does and doesn’t deserve citizenship to the rise of populism. Many of the same issues we’re facing today were relevant two millennia ago. 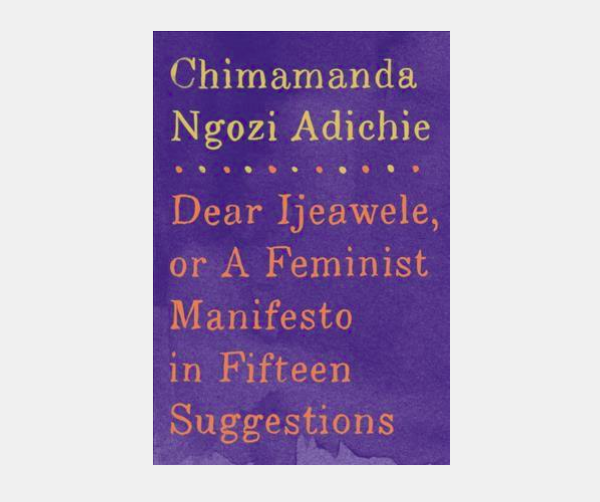 Dear Ijeawele, Or A Feminist Manifesto In Fifteen Suggestions, by Chimamanda Ngozi Adichie. A few years ago, the author received a letter from a childhood friend, a new mother who wanted to know how to raise her baby girl to be a feminist. Dear Ijeawele is Adichie’s letter of response — how to empower a daughter to become a strong, independent woman. 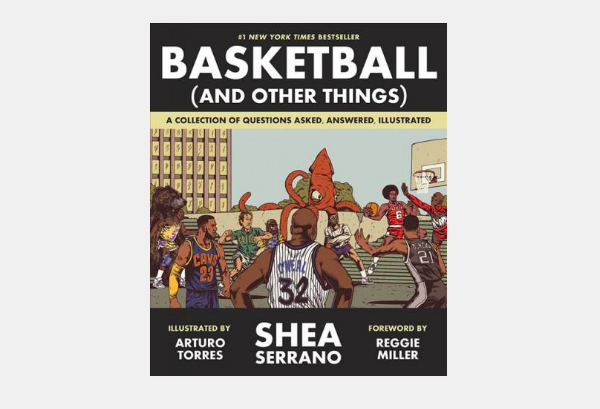 Basketball (and Other Things): A Collection Of Questions Asked, Answered, Illustrated, by Shea Serrano, illustrated by Arturo Torres. Equal parts hilarious and enlightening. and paired with gorgeous illustrations. This book is an 33-chapter compilation of basketball questions and pop culture musings that was a #1 New York Times bestseller. 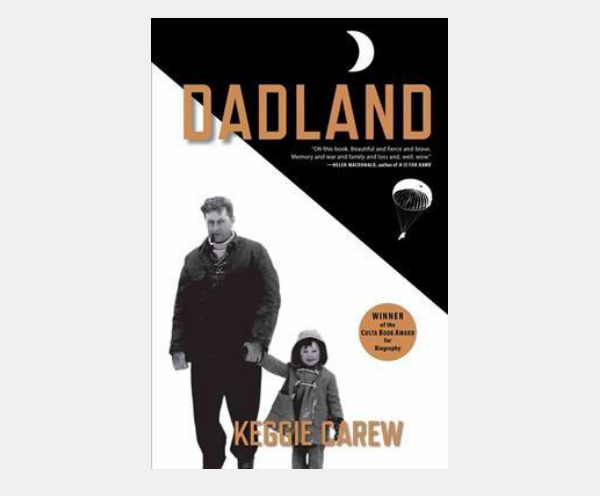 Dadland, by Keggie Carew. A family memoir about a daughter who is racing to assemble her father’s story ― one that includes parachuting into France and Burma for British special forces during World War II ― as his mind dissolves into dementia. 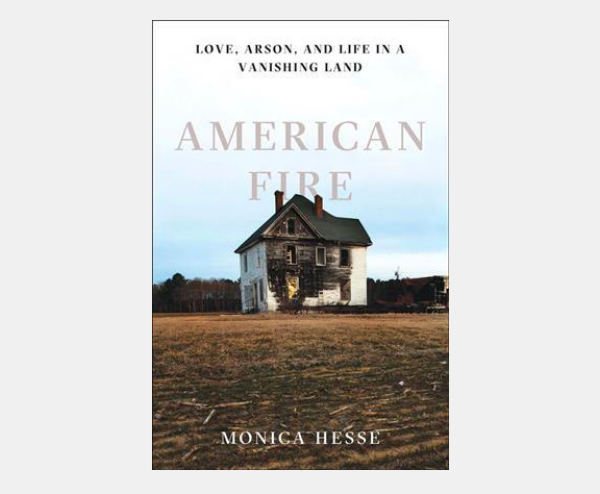 American Fire: Love, Arson, And Life In A Vanishing Land, by Monica Hesse. This true crime love story gets in the heads of two arsonists who lit more than 80 fires on Virginia’s Eastern Shore. Hesse spent several months reporting on the community that lived through the fires, from volunteer firefighters to overworked police officers to the people whose homes burned to the ground. This story of love, betrayal, economic hardship and desolation offers a nuanced view of life in small-town America. 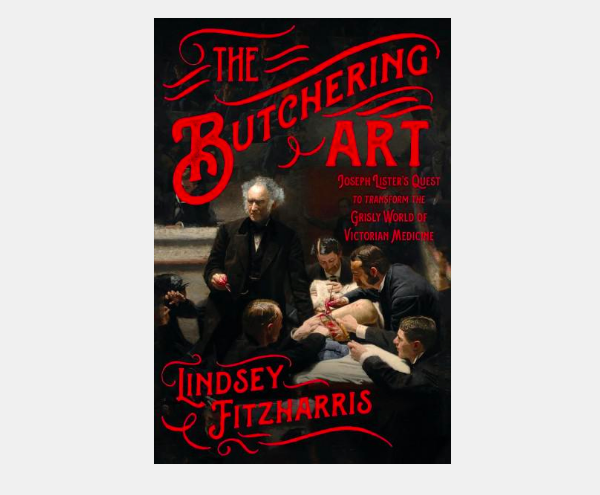 The Butchering Art: Joseph Lister’s Quest to Transform the Grisly World of Victorian Medicine, by Lindsey Fitzharris. The author is a historian who writes about the shocking world of nineteenth-century surgery (before and after the invention of anesthesia) and shows how it was transformed by germ theory and antiseptics. 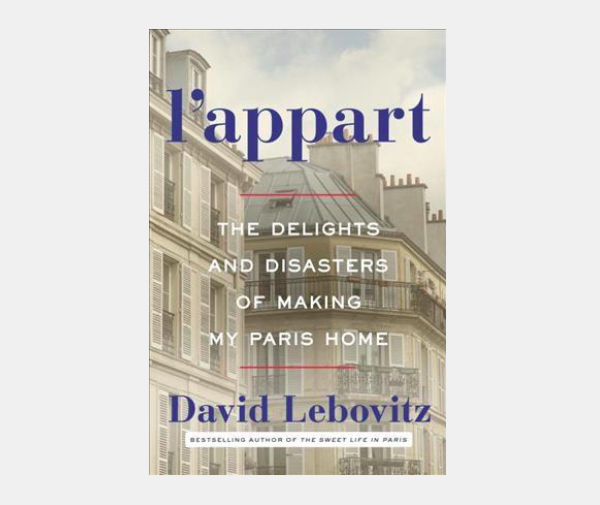 L’Appart: The Delights And Disasters Of Making My Paris Home, by David Lebovitz. He’s a best-selling author and world renowned chef and he’s been writing brilliantly about his ex-pat life in France for ages. This book covers what it was like renovating his Paris apartment. 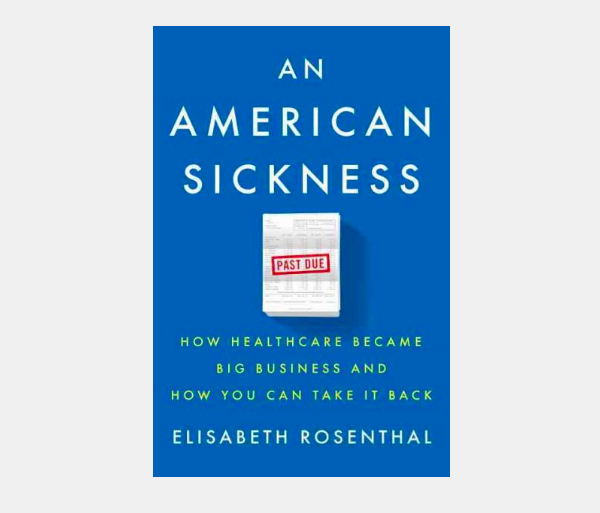 An American Sickness: How Healthcare Became Big Business And How You Can Take It Back, by Elisabeth Rosenthal. This book is about what we can do, as individual patients, both to navigate the maze that is American healthcare and also to demand far-reaching reform.

Your turn. Any books you’re buying for Father’s Day gift ideas this year? What would you add to this list?