What If The Dreaded After-Baby Mom Tummy Isn’t Really a Thing? 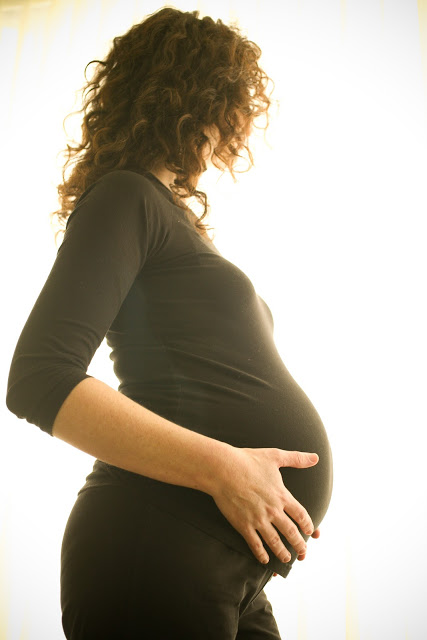 The other day, I was on social media and was scrolling past what I thought was a spammy ad about flattening my tummy. I mean, the title was total click bait — something like flatten your tummy with 1 exercise in 10 minutes a day. Ugh. I see stuff like that all the time, and I’m sure you do too. And then I did a double take. Because instead of linking to some sketchy url, the article was from NPR. What? For real? I wish I had a picture of my face when I observed the url — I’m guessing it was some combination of confusion, shock, disbelief, sadness (has NPR been taken over by spam?), and curiosity. What in the world was this article?

So I read it, and now I want to discuss it with you. The article jumps right in and within the first section I read:

Decked out in purple yoga pants and leather cowboy boots, Keller is a personal trainer from New York City. She has developed an exercise that allegedly shrinks the mommy pooch.

There is science to back up the method, she says.

“A doctor at Weill Cornell and I did a study on the exact same program we’re going to do,” Keller says. “And we found 100 percent of women achieved full resolution.”

Ummm. In a study, 100% of women achieved full resolution of their after-childbirth stomach? I’m officially totally intrigued. From what I’ve observed, that after-childbirth-jelly-tummy is almost a universal complaint among mothers, and many, many essays have been written about coming to terms with it. Weeping and wailing, over that darn post-baby tummy, is basically a universal experience at this point. And you’re telling me, the whole issue can go away in a few weeks?

You’ll be glad to hear the article doesn’t focus only on the cosmetic aspects. Instead, it goes into the diagnosis, and into the very real health problems (like back pain and hernias) that the problem can cause. It even talks about how some of the exercises we traditionally have done to combat it (like crunches) actually make the situation worse. It also talks about how to resolve the problem.

To me, I see a connection between this, and other articles I’ve shared about how doctor’s don’t treat the pain and health issues of women as seriously as they treat men. Our society has a tendency to downplay the health issues of women. Oh? Your stomach hasn’t returned to what you feel is “normal”? Well, you’re just vain. Get used to your new body and stop complaining about the back pain. Losing your body identity is one of those things that you have to do to become a mother. Accept it.

But instead, it sounds like the dreaded mom tummy it’s a real medical problem that just hasn’t been widely undiagnosed and untreated. If I think about it too hard, I’ll get ragey.

Anyway. I am still pondering the article, and thought I would share it with you in case you hadn’t seen it. I have not made an attempt at doing the recommended exercise, but would like to. I think I would be more confident trying it if I had someone who could confirm I’m doing it correctly. But I’m so curious about it — if you’ve given it a try, or know anything about it, I hope you’ll jump in with a comment.

What’s your take? If the click bait title is true, and a simple exercise can resolve your mom-tummy in 10 minutes a day, would you do it? Or have you moved on? Maybe you’ve embraced your body as is with no interest in looking back at that pre-baby tummy? Do you think my thoughts on women’s health not being taken seriously are off-base in relation to this article? Or do you see the connection too? I’d love to hear.

P.S. — The only belly shots I ever had taken.