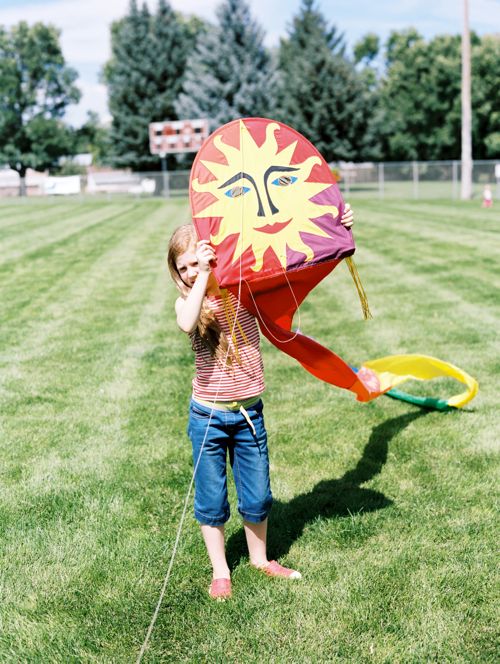 By Gabrielle. Photos by Charlotte Smith Beck, from my Mother’s 70th Birthday Party in Mendon, Utah.

Have you ever been given an especially thoughtful gift? It’s the sort of pleasure that keeps on giving. My sister Rachel gave me one of these kites (the kites in the photos on this post) last August, and I just grin every time I see it. She actually gave one to each of my siblings as well. And as you might guess, there’s a story behind them. 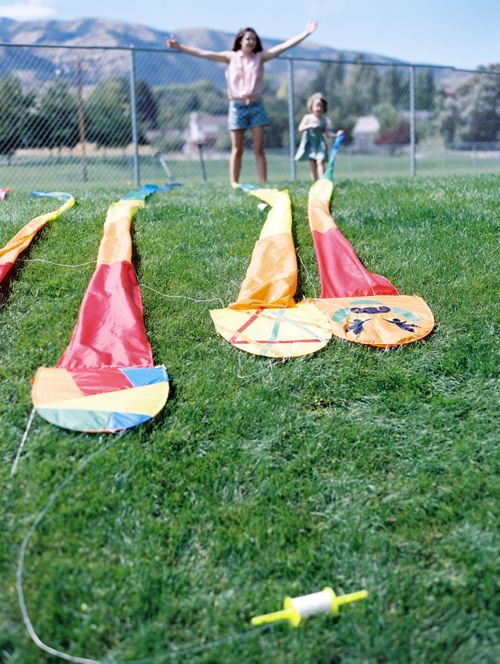 Growing up, my parents had a kite like these pictured, with a dragon face, and colored panels making a rainbow of the tail. We called it the Dragon Kite, and it was well-loved. My father grew up in the Bay Area and my parents had picked up the dragon kite at a San Francisco kite shop (there’s so much good kite-flying weather here, that there are whole shops dedicated just to kites).

The thing about this kite is that as a kid, it was even fun on a non-windy day. Just running with it made the loooong tail fly behind. One kid would run with the kite and the other kids would chase it and try to catch the tail. When I was older, it was great to entertain younger kids on babysitting jobs. And it was good for actual kite-flying too. We’d take it to Lake Powell every summer and fly it off the top of the house boat. 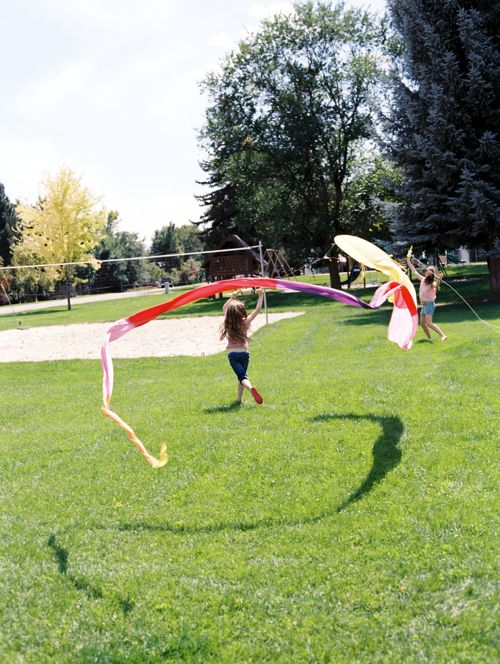 And then one summer, it caught on something, or got caught by a gust of wind, or I don’t even quite remember. But the kite was lost somewhere over the lake. This was a sad day. We loved that kite. 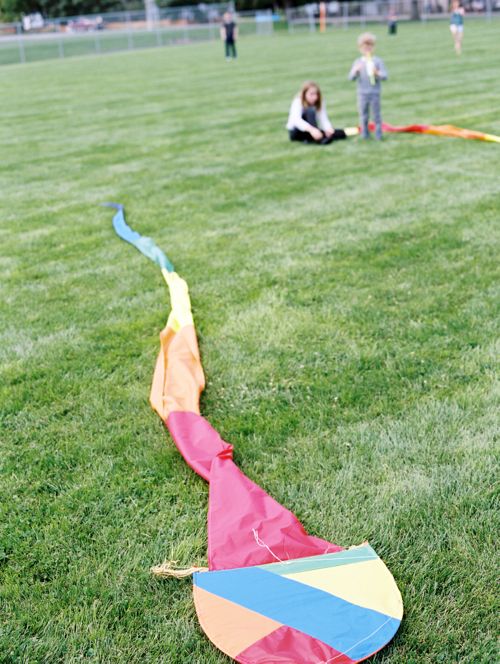 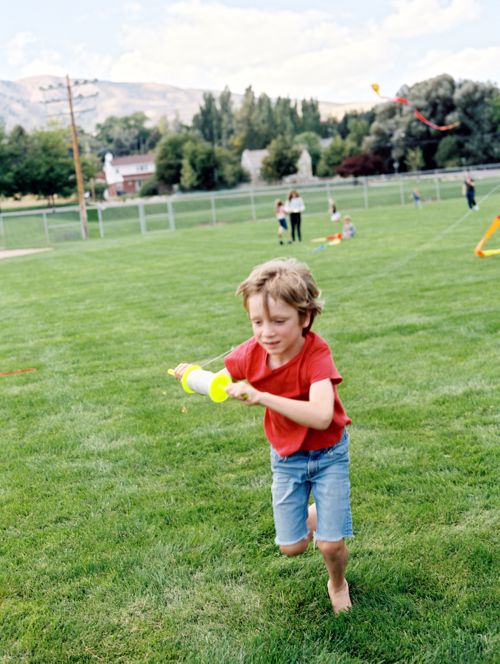 Then, on the day Ben Blair and I married, we received our own dragon kite! A gift from my Aunt Robin & Uncle Mark. They knew about my parent’s dragon kite, and they lived in Northern California and could get to the kite shop. (Remember, this was pre-internet when it was hard to find things.) What a great wedding gift. My eyes absolutely lit up when we opened it.

Ben and I loved that kite! Though we called it the dragon kite, ours didn’t have a dragon face. It had an arched rainbow and clouds, with the same rainbow tale as the dragon kite I grew up with. And my kids loved the kite too. During our New York years, we kept in the car so it was at the ready anytime we stopped at a park.

But one fall day we were flying it over the Hudson River at a park called Rockwood Hall, and all of sudden, it was gone in a gust of wind. Another sad day. 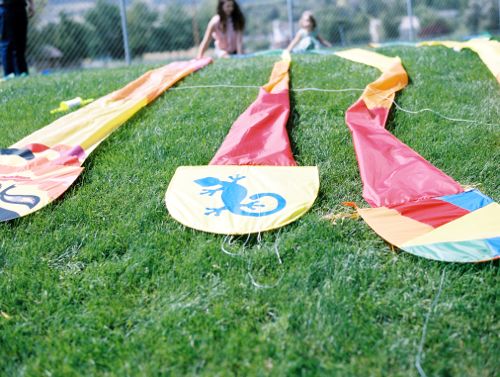 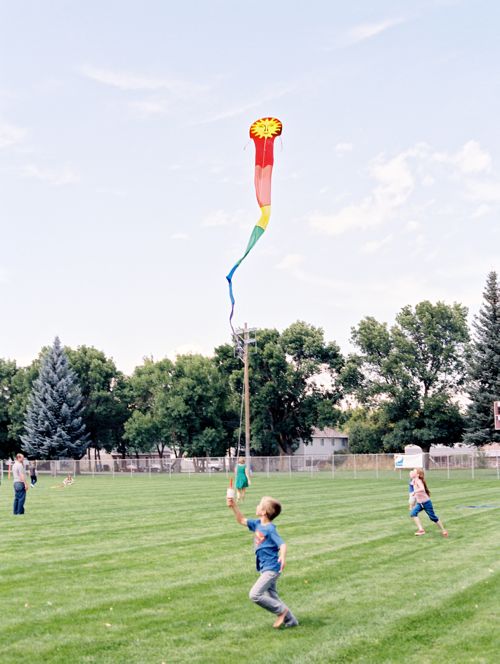 So you know what she did? She made her own! A dragon kite for her own family, and a dragon kits for each of her brothers and sisters. Every one with a different design. Then, when we were all gathered last August to celebrate my mother’s 70th birthday, she surprised us with them.

Isn’t that the coolest?! Such an amazing gift. I treasure our new kite. (Thank you again, Rachel!) 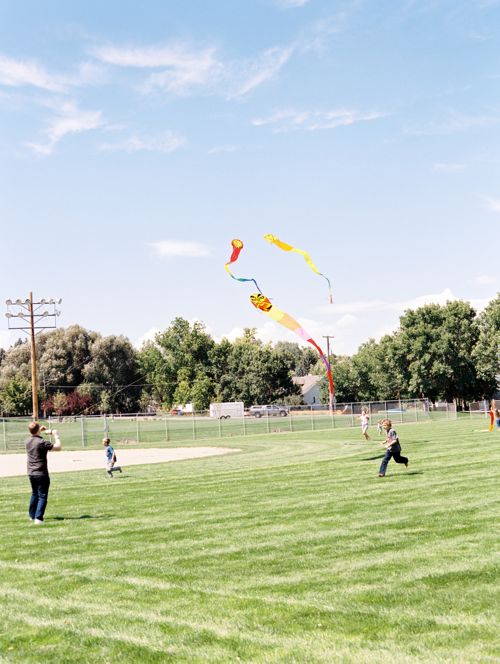 The other day, I finally downloaded images from the party, and the kite pictures made me so happy! I couldn’t wait to share with you. For those of you who are in the middle of winter snow drifts, I hope these sunny photos warm you.

Now back to the question of thoughtful gifts. Have you ever been given something super thoughtful like that? Or maybe you gave something that was particularly awesome? Have you ever lost an object you loved — even one that wasn’t considered expensive or lavish? I’d love to hear!