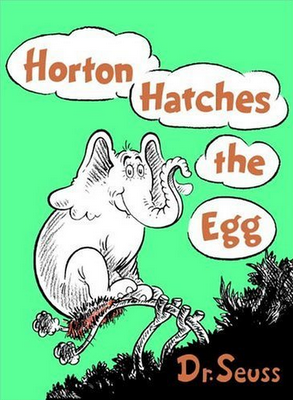 After much struggle, here are my Top Five Dr. Seuss Books: Horton Hatches the Egg, How the Grinch Stole Christmas, The Sneetches and Other Stories—and, in particular the three-page story Too Many Daves (which cracks me up every time), There’s a Wocket in my Pocket, and Green Eggs and Ham.

Dr. Seuss is not news. Everybody knows him. Everybody loves him. The man wrote 44 books for children. He was a children’s book juggernaut.

But there’s a reason he wrote and illustrated all those books. He was really, really good at it. I could write about anything Seuss: His bold, charming, and totally unique illustrations. His distinctive and lovable characters. His plots, and the brilliant and accessible ways they instruct. His choice of words, both standard and made-up. 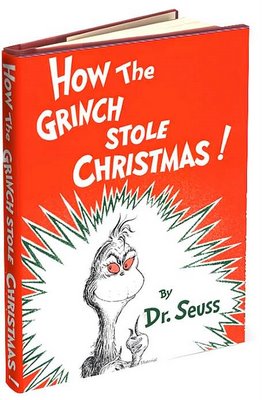 But I’m going to write about his rhymes. Man, could he rhyme. He was a genius, and that’s one of his many legacies: He’s the Shakespeare of the children’s book world.

There are a lot of children’s books that rhyme. Paying attention is a learned skill, and for little ones whose language is still developing, rhymes help keep them caught up in the story, in its sound, even if they don’t understand everything. Rhyming is a good thing. But not that many authors do it well.

Because rhyme is not just about sound: it’s about rhythm. More than anything, it’s about anticipation. It’s about setting up an expectation for the motion of the words.

Lesser writers lose the rhythm all the time. But Dr. Seuss never does. His stories are music. And I mean that literally. James Brown could bring his band to your house and back you up as you read. Reading those words out loud creates nothing short of a groove. 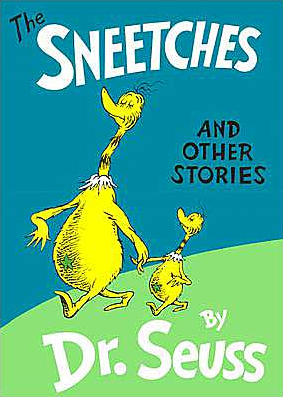 You remember The Sneetches? It’s just one of a hundred examples. The Star-Belly Sneetches think they are better than the Plain-Belly Sneetches—and then Sylvester McMonkey McBean comes along to profit from their snootiness. He brings machines that can remove and/or replace belly stars, and he starts a Sneetch frenzy. The story builds to this wild climax that is so fun to read: 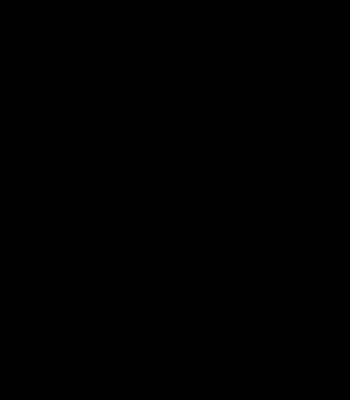 All the rest of that day on those wild screaming beaches,
The Fix-it-Up Chappie kept fixing up Sneetches
Off again! On again!
In again! Out again!
Through the machines they raced round and about again,
Changing their stars every minute or two.
They kept paying money. They kept running through.
Until neither the Plain nor the Star Bellies knew
Whether this one was that one . . . or that one was this one
Or which one was what one . . . or what one was who. 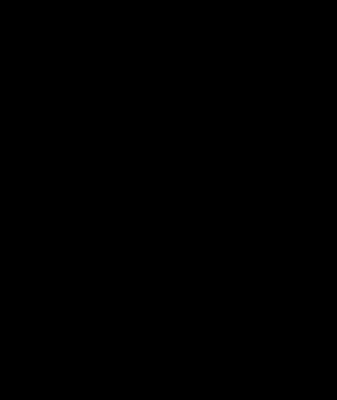 The rhythm here is impeccable. He owns that rhythm.

All the REST of that DAY on those WILD screaming BEACHes
The FIX it up CHAPPie kept FIXing up SNEETCHes.

And then the rhythm shifts:

OFF again! ON again!
IN again! OUT again!

The accent shifts to the first word, and the exclamation points add a staccato undertone. Then a longer sentence :

THROUGH the maCHINES they raced ROUND and aBOUT again. 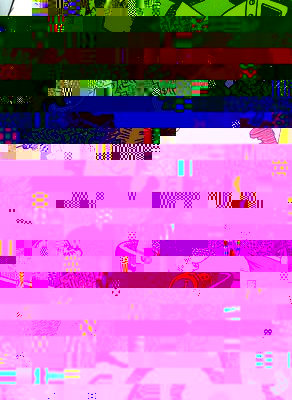 He shifts the accents and the rhythm without ever missing a beat—emphasizing different parts of the story, matching the sound to the meaning. It’s phenomenal. I’ve read The Sneetches a hundred times at least, and, like his others, I never get tired of it.

On the rare occasions my kids let me choose a book, I go for Seuss nine times out of ten.