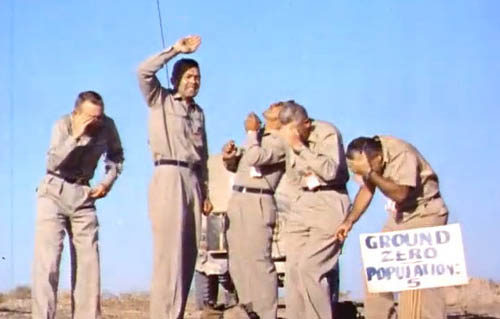 Kacy sent me this video and it’s totally nuts! The five men pictured volunteered to stand under a nuclear explosion. Don’t worry, it’s not gory at all. Just interesting/disturbing.

For more understanding, definitely read the related article. Growing up in St. George, I was very aware of “downwinders” but I feel like this article & video give me so much more insight.

Can you even imagine? What do you make of it?