What Are Your Thoughts on a Female God? 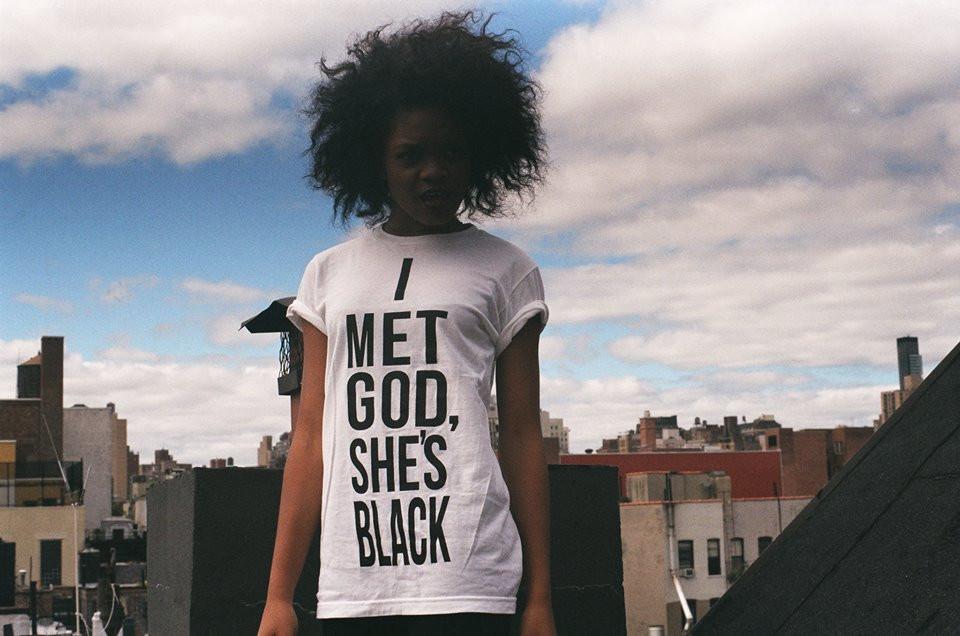 Not to stress anyone out, but I’m hoping you’re up for a religious discussion today. (Amazing t-shirt here.)

I went to a poetry reading last night to mark the publication of a new book focused on poems about Heavenly Mother, and it got me curious about your thoughts. The book, by the way, is called Dove Song.

A fun fact you may or may not know is that Heavenly Mother, a Goddess, spouse, partner and equal to God/Heavenly Father, is part of Mormon doctrine. In early Mormon history, Heavenly Mother was written about quite a bit, and then, in the 1900s, she mostly stopped being mentioned. By the 1970’s and the arrival of the equal rights movement, many Mormon women were angry that Heavenly Mother, a unique and important part of the doctrine, had been all but erased and forgotten. They started writing poems and essays about Her and attempted to bring Her back into Mormon religious discussions.

Though their efforts were diligent, Heavenly Mother didn’t make it back into Mormon Sunday School manuals or discussions in a big way. And as I grew up in the Mormon Church, I was taught She existed, but not much else. She was rarely if ever brought up.

In the last few years, as women in the Mormon Church have demanded more equality, another resurgence of writings about a female God is happening. And I’m loving it.

As I was listening to the poems last night, I was struck that they didn’t sound particularly Mormon to me — I wasn’t hearing typical Mormon lingo. Instead, they just sounded really feminist to me. And I thought they would appeal to anyone who craves a more feminine deity. Here are a couple of examples:

This one is by Carol Lynn Pearson, she wrote it in 1992 in response to the disappearance of a female God from church writings:

I live in a Motherless house
A broken home.
How it happened I cannot learn.

When I had words enough to ask
“Where is my Mother?”
No one seemed to know
And no one thought it strange
That no one else knew either.

I live in a Motherless house.
They are good to me here
But I find that no kindly
Patriarchal care eases the pain.

I yearn for the day
Someone will look at me and say
“You certainly do look like your Mother.”

I walk the rooms
Search the closets
Look for something that might
Have belonged to her–
A letter, a dress, a chair.
Would she not have left a note?

I close my eyes
And work to bring back her touch, her face.
Surely there must have been
A Motherly embrace
I can call back for comfort.
I live in a Motherless house,
Motherless and without a trace.

Who could have done this?
Who would tear an unweaned infant
From its Mother’s arms
And clear the place of every souvenir?

I live in a Motherless house.
I lie awake and listen always for the word
That never comes, but might.
I bury my face
In something soft as a breast.

I am a child–
Crying for my Mother in the night.

And here’s one by Linda Sillitoe from 1979, celebrating the partnership of two Heavenly Parents:

My own concept of Heavenly Mother and Heavenly Father has changed over the years. These days, I find I think of God as genderless. The Mormon Church loves putting importance on the idea of gender, but it doesn’t appeal to me, and I mostly find it unhelpful. I’ve never seen a definition of male gender qualities or female gender qualities that makes sense to me — they always seem to be based on cultural constructs and don’t hold up to the concept of eternity. I suppose I also find it annoying when people talk about God as if they clearly understand God, or can define or describe God with confidence — giving God a gender and specific gender qualities goes down that annoying-to-me road pretty fast.

Is the concept of a female God important to me? I would say yes, but only if we’re assuming God is male. If God is male, then I definitely need there to be a female Goddess who is his equal. But if I think of God as genderless, then the idea of a Heavenly Couple is much less weighty to me.

What’s your take on the idea of a Female God? Does your religious tradition teach anything like that? Is it appealing to you? Or does it feel like blasphemy? When you picture God, what do you picture?

P.S. — Here is one more poem from the book, written in 2017 by Rachel Hunt Steenblik. Rachel has a whole book of poems searching for Heavenly Mother:

WHAT ROSEMARY TAUGHT ME