Do I Really Need… A Rice Cooker? 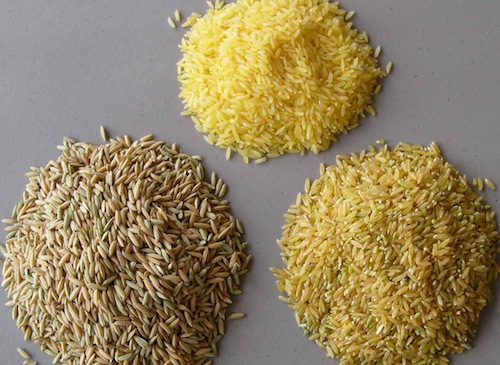 By Raleigh-Elizabeth. Image from the Golden Rice Humanitarian Board, which works to eliminate micronutrient deficiencies worldwide.

There is little in this world I need like a rice cooker. Sunshine, barbecue, some sparkle, a good book… And a rice cooker. Preferably this little cheapie red one, because loyal little kitchen starlet that it is, I’ve been relying on it for going on twelve years. And I can’t imagine my kitchen without it.

Maybe because I was a lazy single woman who hated heating up a whole pot of water to make one poached egg for going on a decade, or maybe because I’m a very inventive small-apartment-kitchen genius* channeling the culinary ingenuity of Clementine and Laurie Colwin, for years I relied heavily on this little rice cooker for zillions of meals.

And it always got the job done.

Here is a short smattering of things we’ve made in our rice cooker in the past year: quinoa, oatmeal, pasta, grits, steamed pork buns, dumplings, ravioli, lentils, rice, mac and cheese, all manner of vegetables, chicken, and crab.

Bill once notably caught a crab while stationed at Dam Neck Annex in Virginia Beach and, being far from our Manhattan home and armed only with a rice cooker, he proceeded to make boiled crab and pasta for dinner with a nice butter sauce.

All of this is to say, your rice cooker can get things done.

Maybe you aren’t the type of cook to throw freshly caught seafood at a twenty dollar appliance (I’m not either, but I’m allergic), but with a rice cooker you can be. And you should be.

If your kitchen were to have only five appliances, this should be one of them. And it should be at the top of the list.

These days, you don’t even have to settle for my little rice cooker that just does rice. You can get one that does double and triple duty: Fagor makes a 3-in-1 slow cooker, pressure cooker, rice cooker combo machine that looks like heaven in a kitchen appliance (I’ll report back). Whatever you get, make sure it has a steam basket. You’ll find yourself turning to it gratefully when you’re famished, want something healthy (nice steamed veggies! And grains!), and need it in a snap.

Keep it at your office. On your kitchen counter. Send it to deployed Marines (my husband used his to feed himself for the last seven months in an Afghan outpost). Make sure every college student you know has one. When it comes to your rice cooker, the question isn’t even Do I Really Need One? It’s Who Do I Know Who Needs One, Too? Engage in a little kitchen evangelism. Rice cookers: Everyone needs at least one.