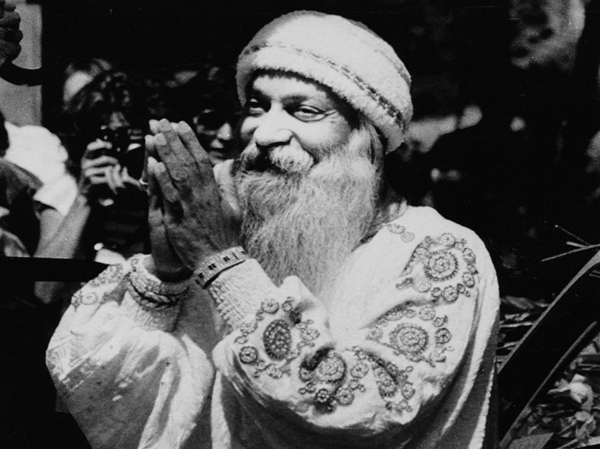 Have you heard of the documentary called Wild Wild Country? I found the 6-part Netflix series completely gripping. Here’s the trailer. It’s about a beloved guru from India, who built a utopian city outside of a tiny town in Oregon in the eighties. And all of his followers, called Rajneeshees, wore exclusively red. To no one’s surprise, this caused a massive conflict with local ranchers.

Watching it felt so strange. This was a pretty major news story, that happened during my lifetime, and I had never heard of it. Not a word about it.

Another strange thing is that I could feel my loyalties switch back and forth as I watched. One minute, I was cheering along the Rajneeshee’s attempt at creating a self-sufficient, peaceful community. The next minute, I was aching on behalf of the locals and how their lives were unexpectedly disrupted.

I don’t want to give away any spoilers, but I will say that as I watched, I kept trying to envision an alternate path the story could have taken. Were there actions either side could have taken at the beginning of the story that would have made the establishment of this new community a positive thing in Oregon?

Throughout the documentary, the guru and his followers were constantly referred to as a cult. And at one point it goes through a list of things things that define a cult. My own religion (Mormonism) is often referred to as a cult as well, and while I watched, it had me thinking about that word and how I feel about it. Another series I’ve been watching that deals with cults (or groups suspected to be cults) is called The Path. It’s on Hulu. The series has taken a few turns that I roll my eyes at, but overall, it’s been good and I like how it deals with people going through a faith crisis and how it affects their life and the people around them.

Originally, I heard about Wild Wild Country because I follow Chrissy Teigen on Twitter and she mentioned it was excellent. But as soon as I starting watching it, I realized tons of people were talking about it — so even if you haven’t heard of it, you may be seeing references to it, and not even know it. : ) After I finished the documentary, I was dying to know more. This article in Vanity Fair helped answer a few questions — but it has spoilers so be careful if you click through.

What about you? Have you heard of the documentary or had a chance to see it yet? If you’ve seen it, I’d love to hear your thoughts. What else are you watching these days? And where do you get your TV and movie recommendations?

P.S. — Over spring break, I took the kids to see Ready Player One. We had listened to the audiobook on our drive to Idaho to see the solar eclipse. The book and screenplay had some major differences but that didn’t bother me at all. I love the movie and think it’s really well done. Have you seen it? Or read the book? It references the 80’s a ton — and so does the documentary. Gosh the eighties were unique.