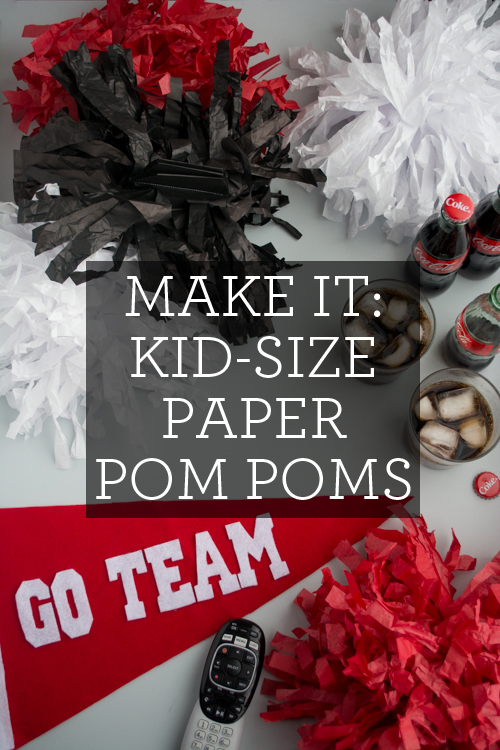 Over the holidays, Amy Christie sent me the sweetest little care package, and instead of using packing peanuts to cushion the goodies in the box, she used homemade kid-size pom poms instead. Such a fantastic idea! My 3 youngest went nuts for them immediately. Cheers were chanted. High kicks were attempted. Imaginary teams rallied for the win!

My kids loved the little pom poms so much, that I begged Amy for instructions so I could make some more. My kids played with them for hours and hours that first day, and the pom poms practically disintegrated. : ) I thought you might like to make some for your kids as well. And if you’re hosting a Superbowl party this year, these would make a fun addition to the gathering.

So Amy whipped up a quick DIY. Made with tissue paper and a line of stitching, these pom poms are one of the simplest projects I’ve shared here. They might be made with children in mind but I dare you not to smile while you shake them.

The good thing is, you probably already have tissue paper — which is the key supply for this project — in the house. In fact, if you aren’t particular about team colors, then any color will do (rainbow ones would be fantastic!). Scissors and either a sewing machine, thread and needle, or stapler round out your supplies. 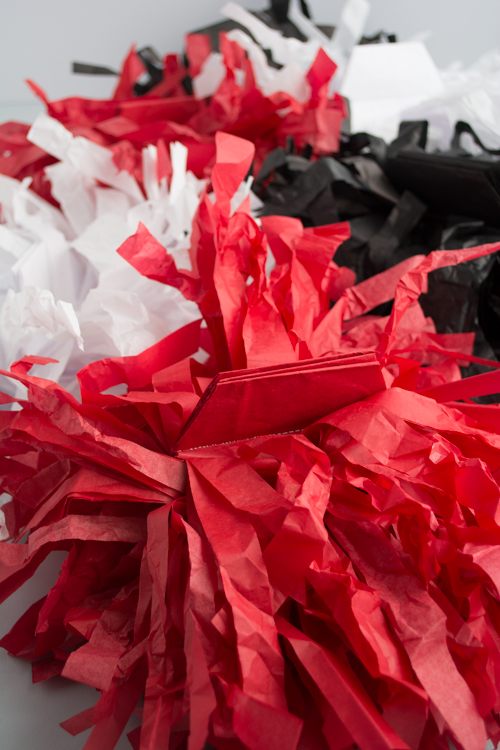 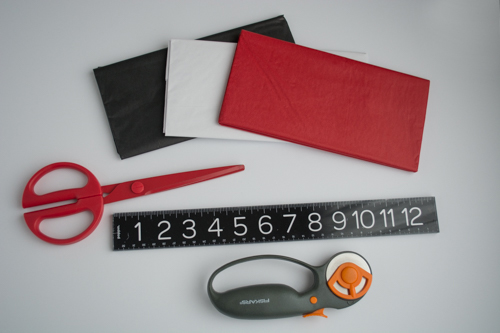 With the tissue paper folded in half the long way (the fold is at the top of each section in the photos below), cut the whole stack in half. 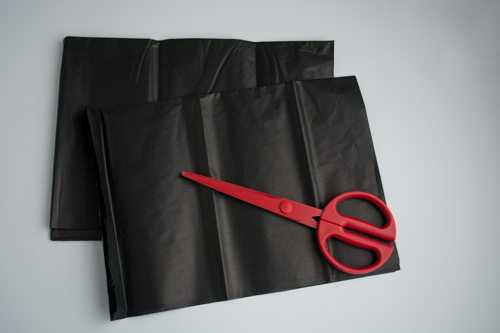 Fold the halved tissue stack into thirds. It doesn’t have to be perfect. 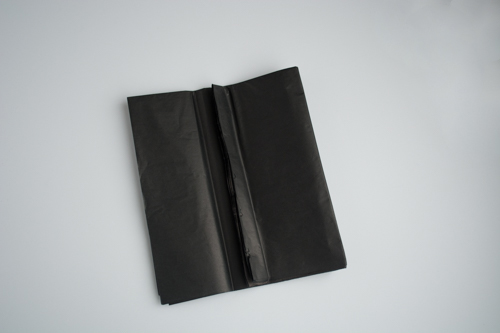 With a sewing machine, sew a line of stitching near the top (the folded edge) to connect all the layers. Don’t have a sewing machine? You can also hand-sew or staple it together. 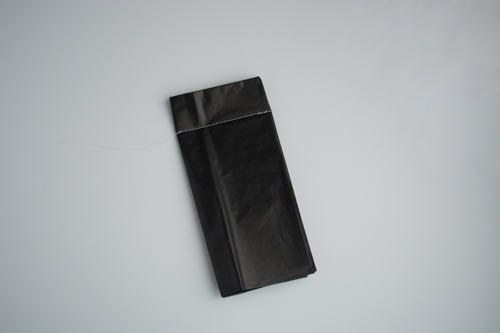 Use scissors to cut up the folded sides to the line of stitching. Then cut the corners off the top section to make them more handle-like. 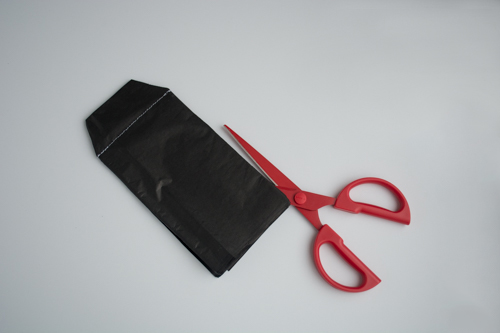 The easiest way to cut strips is to use a straight edge and rolling blade. The width is up to you. Here, they are about 3/4 inch wide. However, if you don’t have a rolling blade, you can use scissors to cut strips, doing a couple layers at a time. 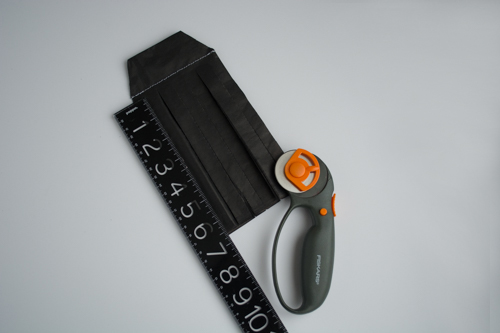 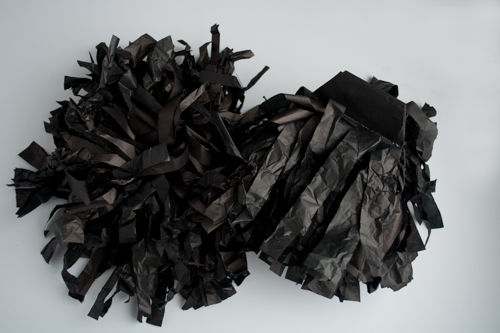 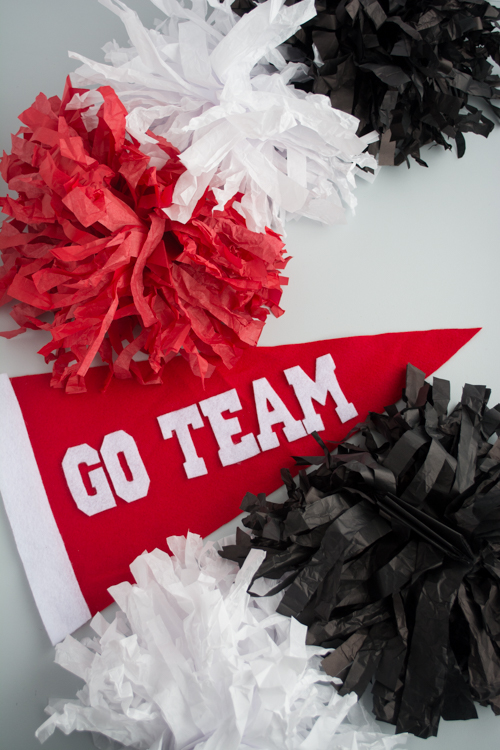