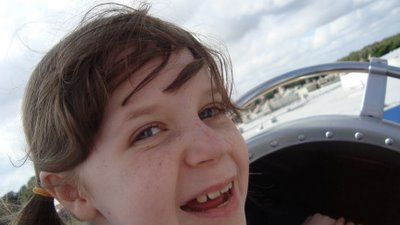 Maude flying high in the rockets at Tomorrowland.

This is my final Disney World trip wrap up. And it can be summed up with this sentence: Heed the wisdom of the Disney Mom’s Panel.

Seriously. Following the advice we received absolutely made our trip. Here are 3 specific pointers from the Mom’s Panel that were spot on:

1) November is one of the best times to go.
The weather was fantastic. Not too hot or muggy, but totally swim-able. And the lines were reasonable or non-existent. Throughout our trip we were able to basically walk up to a ride and step right on. And when there was a wait, it was typically less than 20 minutes. 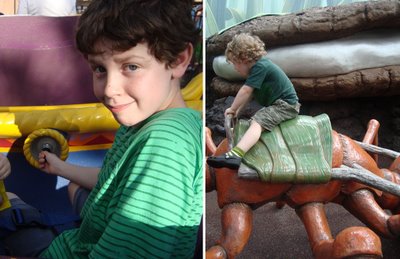 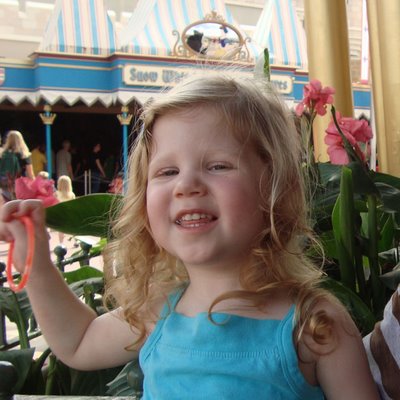 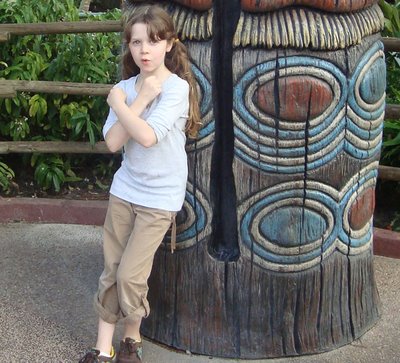 2) Attending a Character meal will be worth your while.
We did this as a finale on Friday morning before we left to catch our mid-day flight. And what a great finish to the trip! We had yummy food at the Cape May Café, and had photo ops with Minnie, Donald and Goofy throughout the meal. Oscar thought he had died and gone to heaven.

Another benefit of knowing we were attending a Character meal, was that I didn’t feel pressure to seek out characters throughout the parks. 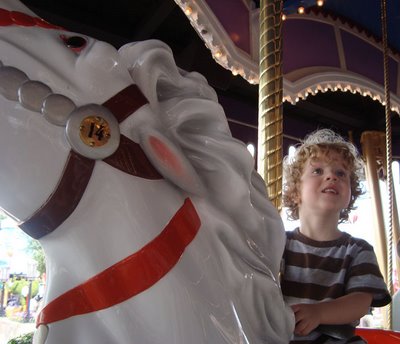 3) For food in a hurry at Downtown Disney, try the Wolfgang Puck counter service.
We only spent an evening at Downtown Disney — when we saw Cirque’s La Nouba. But it was a hungry evening. And with all the restaurant choices there, it was great to have a place to go that we knew would be good and where we didn’t need a reservation. It was our most delicious meal of the trip.

One last thing. I haven’t told you about the kids reaction to the surprise. The night before the trip, we were all packed up, the kids were in bed, and I wrote up my blog post about the surprise. It was a relief to get to write it — I had hardly been able to tell a soul about the trip, just so we could keep the secret. After I wrote the post, I was so excited, that I twittered the announcement at the last minute. And then we went to bed.

Early, early in the morning the 3 oldest came into our room and crawled into bed with us. Maude said, “I just saw something on twitter. But Ralph doesn’t believe me.” (Darn Twitter! What are the chances she was going to check in with twitter at 6:00 in the morning. Ha!) At that point we officially spilled the beans. And the kids started freaking out. And running around the house. Ralph was sort of wandering around. He kept saying things like, “It doesn’t seem real.” 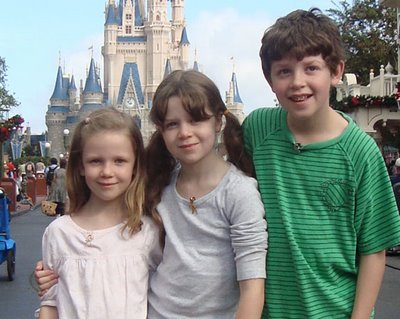 It was great. I don’t know if we’ll ever be able to manage a big surprise like that again. But I’m so glad we did it this time. On the plane ride home we made 4 pages of notes to make our next trip even better. First note on the list: stay longer. I think this could become an annual November tradition.