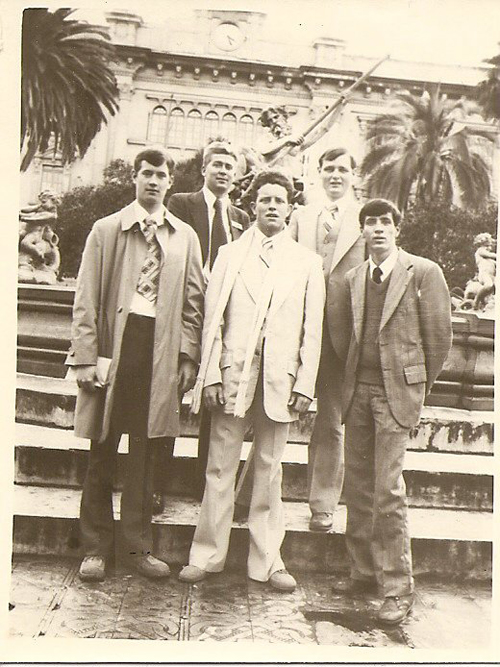 By Gabrielle. The photo above shows Dell (at center) as a missionary in Ecuador — rocking that scarf! The photo below is Dell playing water polo at university.

A week ago, in the earliest hours of the day while we were still fast asleep, we were awakened by one of those terrifying phone calls — Ben Blair’s brother, Dell, had had a heart attack while doing his morning swim laps, and was in a coma in the ICU. This wasn’t the first time we’ve had a stomach dropping phone call like that, and I’m sure it won’t be the last. No doubt many, or all of you, have had a similar call.

For a little while, things got worse, but happily the tables turned and the situation got much better. The next call we received reported that Dell was more stable. And the third phone call told us he would be out of the ICU soon. And on Monday he was! The best case scenario for sure! (We are very aware this could have gone the other way. My own father died at 52 after a massive heart attack.)

Ben’s sister Jenette is a nurse and this is what she wrote about the man who did the exhausting work of keeping Dell alive until paramedics arrived. Exhausting and difficult — he had to break Dell’s ribs to do the CPR properly, and I know Dell vomited as well. Mike thought Dell would die. I’m sure he felt like his efforts were futile.:

I want to honor and thank Mike Reed RN, who works on North star. On Wednesday, April 2 my brother had a full cardiac arrest at Steiner Aquatic pool (on Guardsman). Mike Reed saw him go down and immediately initiated CPR which he continued until the paramedics arrived (about 15 min). Dell (my brother) had to be defibrillated several times with the paramedics and in the ICU. Remarkably he is expected to make a full recovery and there appears to be no brain injury. We were informed by the staff at the U that in no uncertain terms, my brother would have died were it not for the expert, quick and excellent care he was given by Mike Reed. Del is 57 years old, a wonderful brother and one of the most generous and kind people I know. I am so grateful to Mike for his efforts and wanted to acknowledge him to all that I can. I was able to meet him this morning and he told me that he had just recertified in CPR last week. Thank you, thank you, thank you Mike Reed. Our family will be forever in your debt. — With Gratitude, Jenette Lambert RN CM OPMH. 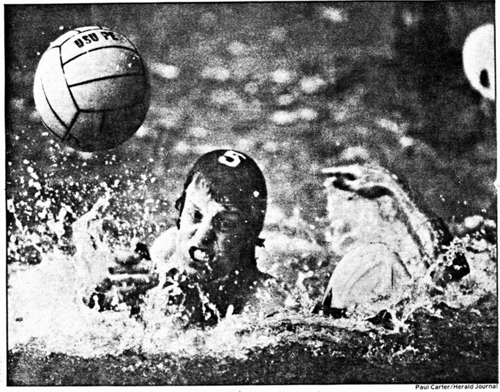 And one of the things we’ve been talking about most is the role genetics played in this experience. Dell is 57, lives a healthy life and keeps in great shape — as I mentioned, the heart attack happened while he was doing his morning laps! — and yet, genetics ruled his heart unhealthy. I say genetics because Ben’s grandfather died in his forties from heart problems, and his aunt died at a young 47 from heart problems as well.

In fact, when I married into the Blair family, I was told about the Blair heart problems right away. But it’s easy to forget, because this is the first time in the 18 years I’ve been a Blair that a new heart problem has showed up. Among Ben’s 8 siblings, Dell is the first to have a heart attack. And all of a sudden, the family history becomes a vital subject. When decades go by and no major heart issues come up, it’s easy to push the history to the back.

Dell ultimately had 3 full cardiac arrests that day, and a few days ago he had bipass surgery, and we understand he’ll also need a pacemaker going forward. As Jen mentioned above, full recovery is expected. He’s doing great! (I’m sure that’s why I feel comfortable now writing about this.) But as you can imagine, the whole family is wondering about the status of the rest of the Blair hearts. Wondering if there’s a test we should take, or preventative measures. Praising Mike Reed, and crossing our fingers that an angel just like him will be there if/when future heart problems manifest.

Are family genetics a conversation at your house? Is there a family history of certain health problems, or is there a disease or problem you’re almost expecting to inherit? Diabetes or alzheimers or alcoholism or even depression? Does your family talk openly about it and take precautions, or is it treated like a big secret? And for those of you who are adopted, were you able to get a health history of your birth parents? Or do you feel like you’re flying a bit blind as far as family genetics go?