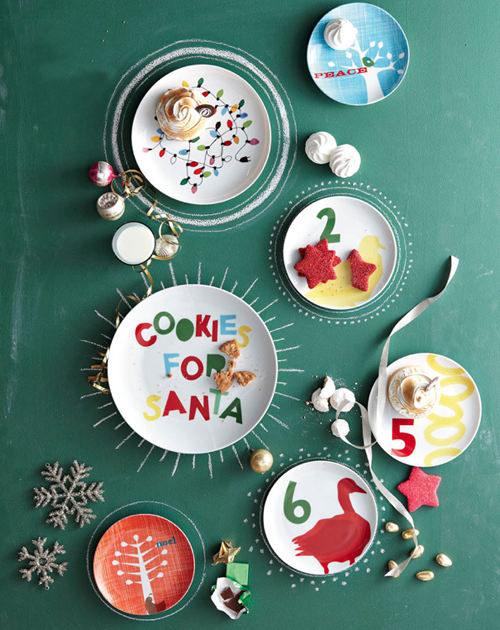 What are your Christmas Eve traditions? After a children’s service at church full of little angels, shepherds, and moments of awe, we like to hunker down for the evening in our coziest pajamas with a copy of the Best Christmas Pageant Ever. And before NORAD says that Santa is anywhere nearby, we’ll end the evening setting out a plate for Santa and his reindeer.

My husband’s father once told them that reindeer ate the lichen in the back yard, so their Christmas Eve wasn’t complete until some was brought in the house for the reindeer. When I was growing up, my mother urged me to leave out cheese and crackers for Santa. (“All the other children left out cookies, might he not want something savory?” she asked. I always pointed out that she liked cheese and crackers. Not Santa.)

In the end, we usually settled on cookies, carrots, and cheese and crackers, just to make sure that we’re giving the reindeer something nutritious and satisfying Santa, whatever his preference. We carry the same tradition forward today, along with bringing out a few old items scrounged from around the house for Santa to take back to his workshop and “make new” for someone else’s Christmas next year.

But when it comes to those cookies, we don’t kid around. I might come from a grocery-store-cookies family, but I always insisted the nicest ones go to Saint Nick. Today, we make a special batch of biscotti just for him. The perk: it goes awfully well with the coffee that we’ve discovered Santa also really likes. The biscotti are just a tiny bit chewy, so not only do they taste great out of the oven, but they’re just as delicious eaten by themselves as they are when dunked in a late-night cappuccino. Everybody loves them.

I love the idea of preparing a special gift for Santa — albeit in cookie form — before he brings any to you. And we all know that for children, at least half the fun of making cookies is decorating them, which makes this recipe for Pie Crust Cookies absolutely brilliant. They’re made from ready-made pie dough (like the Pillsbury kind you roll out), and in the end, they’re less work, less mess, and much less sugar for any tiny elves who decide to indulge in a few cookies along the way.

Do you leave out anything for Santa? Is it something special that you’ve always done or a new tradition you’ve invented?

P.S. — The festive plates are from last year’s West Elm Holiday Collection and alas, are no longer available. I wonder if I could copy the look with some hand-painting?