Call It A Day: A Chat With Blye Faust 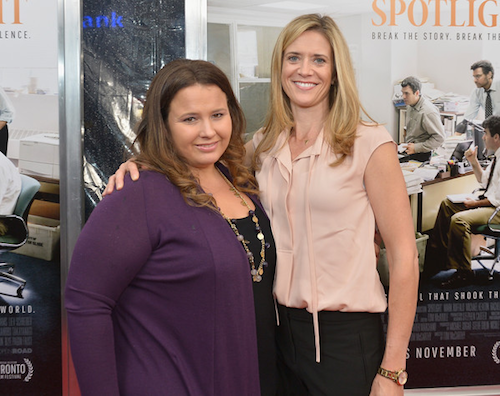 My dear friend Isabel of Alpha Mom fame introduced me to Blye Faust, one of the producers of the critically-acclaimed, award-winning movie, Spotlight. Have you seen it yet? Ben Blair and I saw it a few weeks ago and we haven’t stopped talking about it. The story itself is completely jaw-dropping, and it’s told so well in the film that we walked away in a sort-of stunned daze. If you’re planning on watching the Oscars this weekend, it’s nominated for six Academy Awards, including Best Picture. Here’s the trailer, if you’re interested.

That alone would be enough to make this interview with Blye interesting, but there’s even more to her! Besides her production company, she has been an attorney and runs an interior design studio in San Francisco. Those are some very cool and very diverse career paths. So I wanted to know all the important bits of her daily life, from how she shifts careers so seamlessly and so well…to what she’s wearing to the Oscars!

Thank you, Blye, for being here with us during this especially busy season for you. Enjoy, everyone!

Hi there! I’m Blye, a producer with Rocklin/Faust and an interior designer with byblye.

Mornings are early around here. I try to get up at 5:00 am to beat my two little guys — we’ve got a four year old and a ten-month old — and get a jump on planning out my day before the chaos hits around 6:00 am. I usually sneak off to my office at this hour and enjoy the quiet as it’s most likely the last I’ll have until work is finished and the kiddos head to bed at the end of the day. 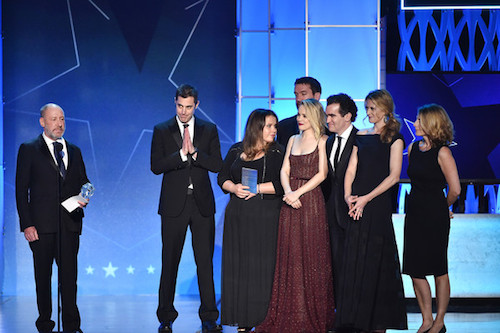 I’m one of the producers of Spotlight. I’ll admit that my partner, Nicole, and I were absolutely floored when we officially secured the rights to the Spotlight team. We were young producers and had no credits to our names. There was no book, no script, no cast. Just the story.

I think our passion for the story and our honest assurance that we would dedicate ourselves to making sure we told it in the most authentic way possible came through at the end of the day, and Marty, Robby, Ben, Mike, Sacha, and Matt all took a huge leap of faith and put their trust in our hands. 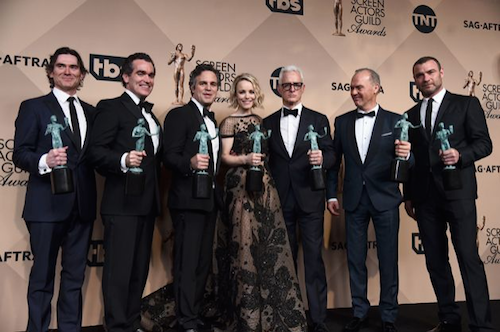 I think there are really two moments that stand out the most in the making of Spotlight, among many equally incredible ones along the way.

Our first day of shooting took place at none other than Fenway Park. I just remember arriving straight from the plane, in my first trimester of pregnancy with my younger son, having this wave of emotion come over me as I walked through the ballpark and into the stands where our crew was setting up. It was still fairly empty as it was a bit before the game was scheduled to start. I remember thinking that I couldn’t have scripted this moment for the beginning of this film any better. And then, when we were finally ready to start and Tom called his first “Action!”, the tears came. 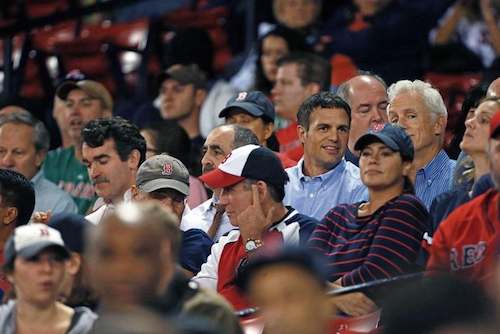 The second unforgettable moment was at our premiere in Venice, Italy at the Venice Film Festival. We all really had no idea how the film would be received in this most Catholic of countries, and had considered that there might be some possible backlash. We went into the screening really with very open expectations. But by the end of the movie, you could hear a pin drop. And as the credits started to roll, we received a standing ovation that lasted all the way through the end crawl. Big time emotion and a moment that I will definitely never forget.

We did expect to get some kind of pushback from the Church or the Catholic public at large. But, like the Globe when they first broke the story, we never got it. At least, not in any meaningful, organized, or targeted manner. There was a feeling of great responsibility with this story and the need to get it right and to tell it in the most truthful way possible, which I think we all collectively achieved at the end of the day. And for that, I couldn’t be prouder.

Besides my entertainment career, I’ve also been an attorney and currently own an interior design studio called byblye. It’s always scary to take on new things! But I think you just have to pick a direction that feels right in terms of how you want to live your life on a daily basis, dive in, and just start learning as you go. 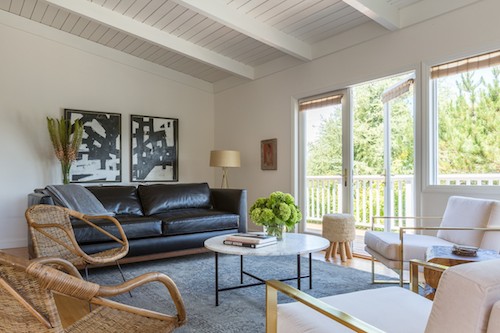 There’s something incredibly satisfying about proving to yourself that you can continually take on new challenges and learn from them in terms of both your successes and your failures along the way. 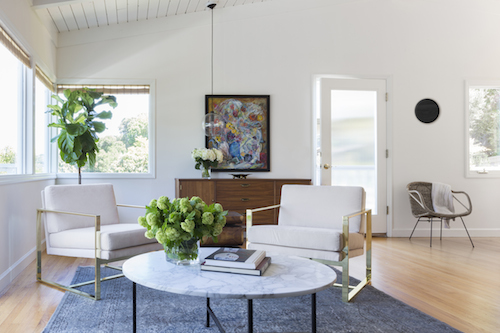 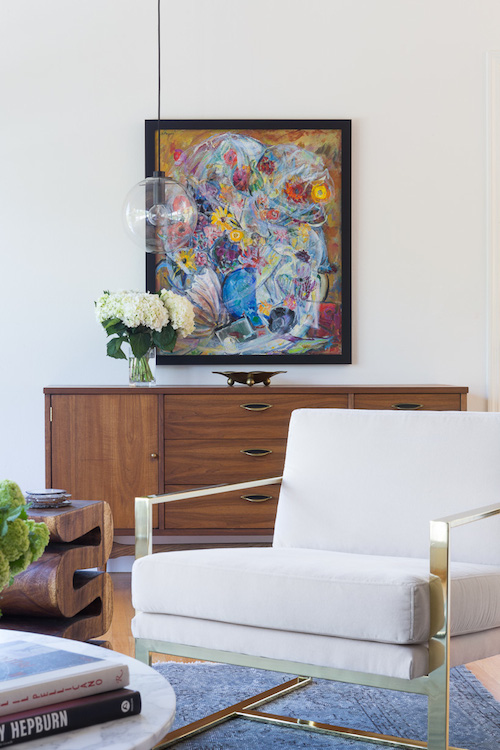 My favorite rooms to design are pretty much a toss-up between living rooms and kids’ rooms. Living rooms because they are the perfect place to get out the real story behind a person or a family. I think telling a family’s story through a room’s design is absolutely necessary, which is probably my filmmaking inclinations coming into play! Kids’ rooms are wonderful because they are pure fun and you can let go and push the boundaries with colors, patterns, and selected objects.

I think there’s no space that is complete without artwork. And it doesn’t have to be expensive or a collector’s item, but it should be unique and say something about you! 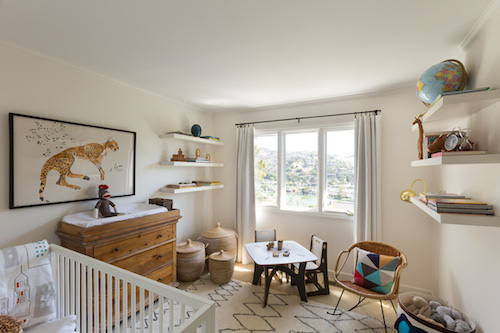 More often than not, we are working with our clients within an existing framework rather than starting from scratch with bare, empty rooms or homes. We absolutely adapt our style to fit our clients’ needs, but at the same time we obviously bring our own aesthetic and point of view to things. We always leave our imprint on a project even if sometimes it may be subtle!

I have definitely become incredibly busy with my film and television work, but I am lucky to have an amazing team at byblye who can really run the day to day business, freeing me up to utilize my limited time overseeing the more high-level creative aspects on our projects. This said, I absolutely plan on continuing both businesses for as long as I am able — and the cool thing is that I really do get to tell stories through both, which is what I love to do every day, all day long. 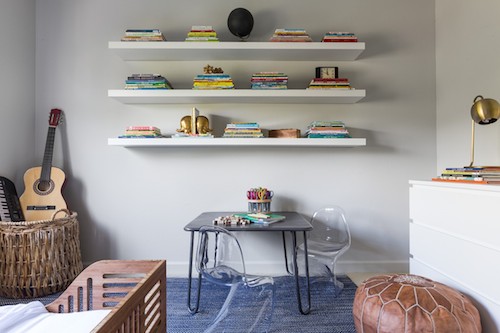 Everyone always wants to know what you’re wearing to the Oscars. It’s always first on everyone’s mind! I’m wearing a dress from the amazing Bay Area designer, Karen Caldwell.

It’s an exciting time, for sure. Every year Diane von Furstenberg hosts a pre-Oscar luncheon at her home for the female nominees. I must say that receiving that invite is right up there with the Oscar invite itself!

We attended the Oscar nominees luncheon last week. At the end of the lunch they call everyone up for that year’s class photo. Standing there packed in for a photo-op with such icons as Steven Spielberg, Lady Gaga, and other famous names is about as surreal as it gets.

If I could give advice to anyone coming up, it’s to find what you are passionate about — WHATEVER that may be! — and go for it! And don’t be discouraged if it takes a while to figure it out. The trick is to continually engage in the world around you and also figure out what you DON’T want to do, which is just as important.

Also, follow your gut. While I usually have done a pretty good job of heeding this, there have been times when I haven’t and invariably, I ended up doing something I knew I shouldn’t have in the first place.

Good luck this weekend, Blye! I am rooting for you!

Is anyone hosting an Oscar’s party? I think it would be so fun to fill out at-home ballots and predict the winners, and maybe even dress up. Who’s in?

P.S. – Are you interested in sharing your unique life with us? Let me know! It’s a lot of fun…I promise!