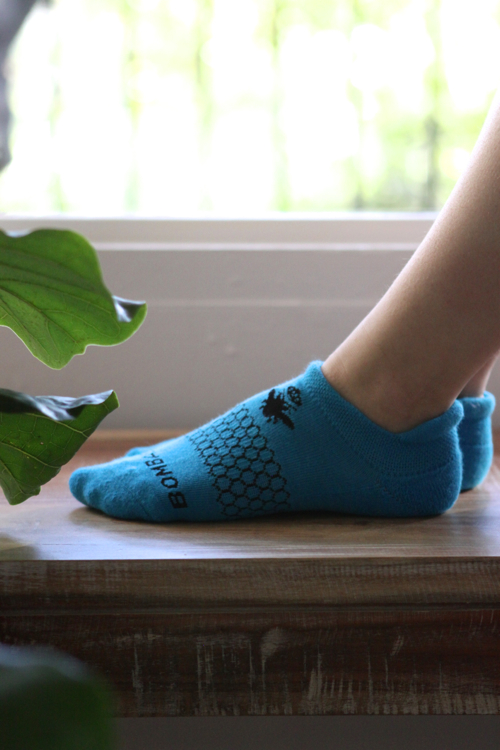 This post is brought to you by Bombas Socks. Get 25% off your first purchase of 4 pairs or more with code DESIGNMOMGET25.

Did you know socks are the number one clothing request at homeless shelters? It’s true. And as fall turns into winter, no doubt the requests will increase with every drop in temperature. Which is why I want to make sure you know about Bombas. They’re like Toms or Warby Parker, but for socks — for every sock purchased, Bombas donates a pair to someone in need. In fact, since they launched in October of 2013 — just two years ago — Bombas has donated over 500,000 socks to homeless shelters and other groups who care for those in need. 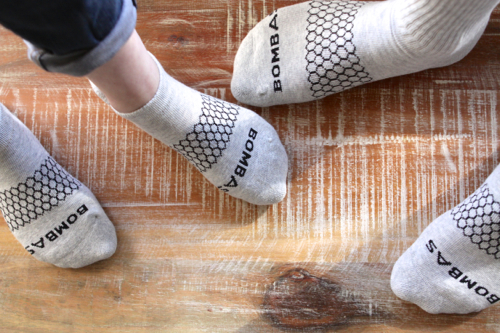 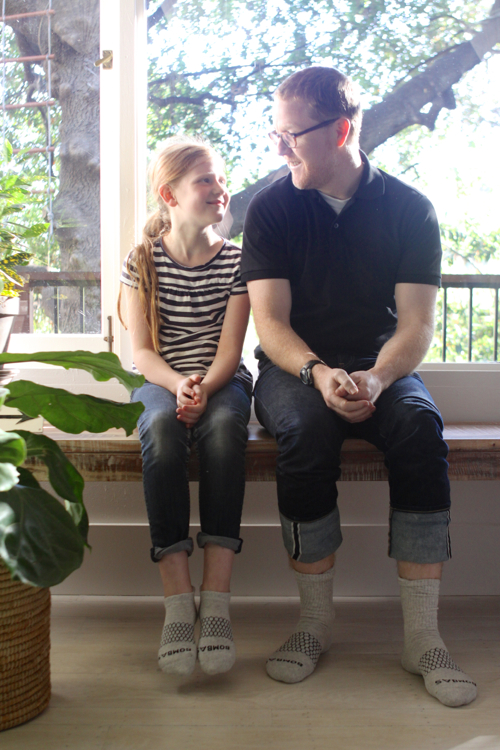 The social good aspect of this company makes me super happy, but I also want to tell you that these socks are awesome in and of themselves! Last January, I was introduced to Bombas and the whole family has enjoyed wearing their socks all year long. They have tons of colors and options — they keep coming out with new designs, and we keep being big fans! The socks are really well made. The designers behind Bombas started from the ground up and re-engineered their socks to look better, feel better, and perform better than anything else out there. 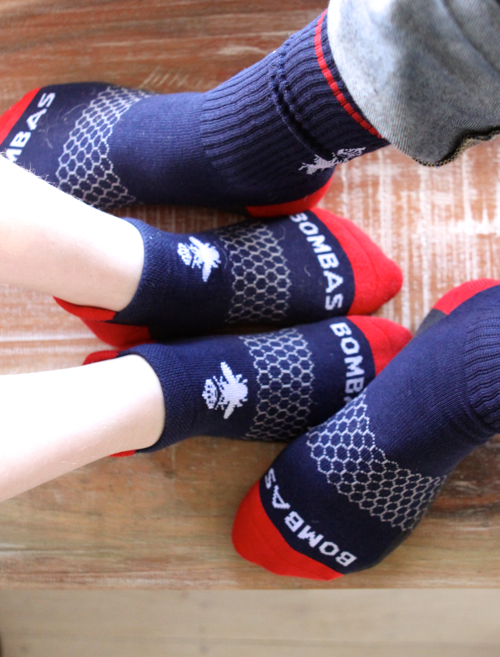 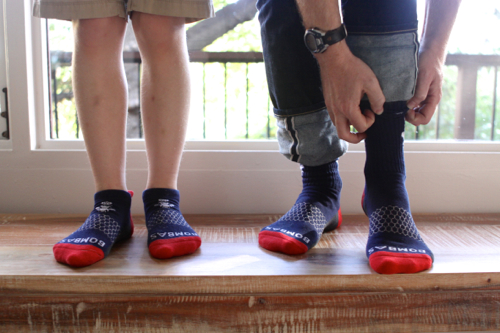 They spent two years on research and development and they came up with seven specific improvements to the standard athletic sock. Three of my favorite improvements: 1) Stay Up Technology — Bombas calf socks stay up, aren’t too tight, and don’t slip down. They tested 133 different tension levels to find the perfect feel. 2) Blister Tab — on their ankle socks, you’ll find a tiny ankle cushion that sits directly where your shoe hits your leg to prevent painful rubbing and chafing. 3) Invisitoe — Bombas got rid of the annoying bump that runs across the toes on most socks. They hand link their socks so you don’t feel a thing. 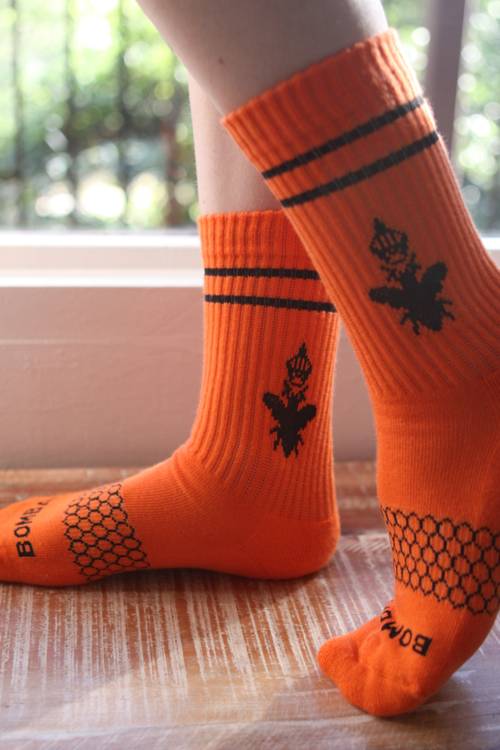 They even have a 100% happiness guarantee! If you don’t think they are the most comfortable socks you’ve ever worn they will refund your entire purchase. Really truly. If you’d like to learn more about their mission, there’s a great video about their donations and impact — including details about the specific type of socks they donate.

Would you like to give them a try? Well you’re in luck. Get 25% off your first purchase of 4 pairs or more with code DESIGNMOMGET25. I recommend trying them now so you’ll still have time to order some for the whole family before the holiday rush. : ) I love giving gifts that give back!

Now I’m curious. Have you tried Bombas Socks? And do you have strong opinions about socks in general? What features do you look for in a sock?

P.S. — Do you watch Shark Tank? Bombas co-founders David Heath and Randy Goldberg were on the show for the season premier in 2014.