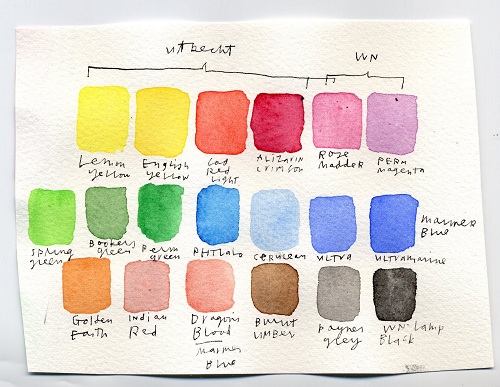 I have a very special place in my heart for John Segal. Not only because of his innumerable creative talents he’s shared with the world, but also because of his continued kindness he’s shared with me. Back in 2006, when Design Mom was brand new, I wrote a post about The Reluctant Dragon, a book Mr. Segal had illustrated so elegantly that I found myself getting lost in his art more than a few times when I was supposed to be reading aloud!

He reached out to me immediately and offered both gratitude and support, and thus began a lovely little history of autographed book give-aways and hand-colored bookplates for Design Mom readers. I’ll never forget his thoughtfulness.

And, of course, when I asked him to participate in my Author Interview series, he graciously said yes. His answer to “What’s the first book that broke your heart?” made me cry. Forgiven. I know you’ll enjoy John’s answers as much as I did.

You’re so talented! Did you have a very creative childhood?

Well, thank you! I think I had a pretty normal childhood, although I’m uncomfortable making distinctions between a normal and creative childhood. All kids draw, write stories, and play make-believe. Some just don’t stop.

If you had to choose – not that we would ever want you to! — would you be a writer or an artist or a designer?

Oh dear, that’s a tough one. Must I pick just one? I think I consider myself to be first and foremost an artist, then a designer, and finally a writer. But that’s only because drawing (and painting, or as I like to call it, picture making) is still a relatively easy and pleasurable thing to do, whereas writing is hard and about as much fun as going to the accountant.

Describe that moment when you found your talents and the rest of the world did, too.

That would be the summer after college. I had put together a small portfolio of drawings. I sent them to The New Yorker, and they bought them!

Describe the view from your writing space.

I’m currently sitting in a lovely white room, with hardwood floors and a high ceiling. Behind me is a window. If I squint I can almost see Lake Erie; I’ve been in Cleveland for the past year working with American Greetings on a variety of projects.

I make a terrible mess while I work. Things get thrown on the floor, ink is splattered, coffee is spilled. But every night, while I sleep, the elves come in and tidy things up, so I always return to a spic and span drawing board the next morning. 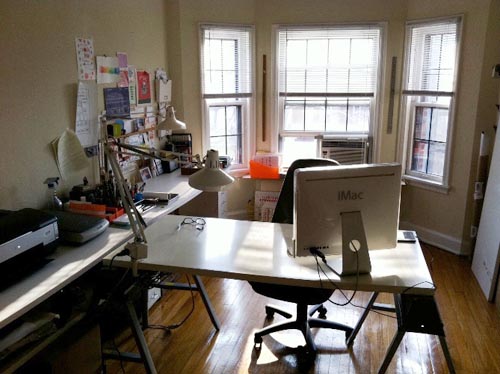 If you could travel anywhere in the world tomorrow to research a book idea, where would you go?

I’ve been toying with (or more accurately, struggling with) a story that involves a dragon, an enchanted violin, a young boy, and all sorts of drama and intrigue. It takes place in 17th Century Cremona, which is considered to be the the golden age of the violin; when and where Stradivarius made his greatest instruments.

If you could live inside one book you’ve written, which one would it be?

, because I’ve always wanted to be a pig that drives a tractor!

Who illustrates your daydreams?

Do you have a no-fail cure for writer’s block?

A day spent in the main reading room of the New York Public Library. A room that states, very clearly, “serious work is done here.” It just might be my favorite and most inspiring place in New York City.

Describe your favorite time of day to be creative.

Early is better than later. Once the coffee has been been made and the paper is read, I’m ready to go.

What’s the first book that broke your heart?

Where the Wild Things Are

. It’s not that Max leaves. It’s that his Mom has dinner waiting for him when he returns.

Imagine what that means to a child. Or a parent.

What’s next for you?

A writer never tells…especially when they have no idea!

I’m certain Mr. Segal’s next project will be a lot like all of his others: wonderful. Thank you so much, John ! How about you, friends? Do you remember the first book that broke your heart?