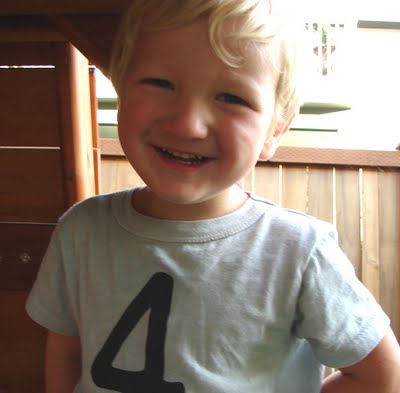 of Ian was born at 34 weeks in North Carolina while I was on a business trip. Talk about circumstances you never even dreamed of factoring into your birth plan. We were living in Washington DC and I was working for the Agency for International Development, Global Health Bureau. My pregnancy had been totally healthy, easy even — I had no reason to suspect a little four hour trip south would result in the premature, out-of-state birth of my first baby.

I left for NC on a Sunday night. At 5am Monday morning my water broke. I woke up my boss and she decided that we should rush to the closest hospital. I wasn’t having contractions so I thought that was a little rash but what did I know about having babies? Then I called my husband and told him he should get in the car and drive down as quickly as possible (he stands by his statement that 5am phone calls are never good).

I arrived at the closest hospital (a birthing center) at 6, checked in, and then cried for a very long time. I might have cried until Curt finally showed up several hours later. I spent the next 36 hours on bed rest and with several doses of a drug to stop the labor. In all of my research, reading, and dreaming of the perfect birth, it was probably the only drug I had never thought to read up on. Finally the doctors decided that they couldn’t stave off the labor any longer — five hours later Ian was born naturally, with a midwife and without complication. The birth actually happened exactly as planned — just 6 weeks early and in the wrong state.

I held Ian for a few precious minutes before they whisked him away to the NICU for a two week stay. The first couple of days were the most difficult because we couldn’t hold him — but each day he seemed to progress and grow; out of the incubator, off the oxygen, off the feeding tube…. Curt and I moved out of the hospital and into a hotel across the street. I nursed him every three hours during the day and pumped every three hours at night. And then we all went home. Since then, Ian has never shown any side effects of his premature birth and I have come to recognize all the little miracles that were part of his unpredictable beginning.

In fact, I would say that he is still a bit unpredictable. And one of the most lovable accidental southerners you will ever meet.

From Amy of Ian Marcus.