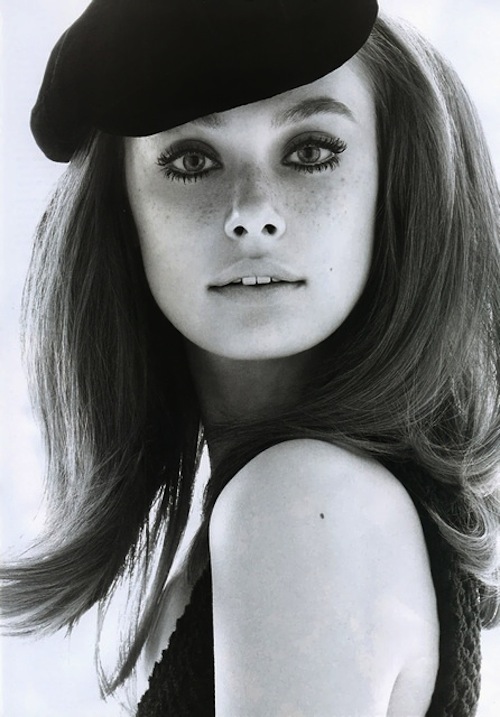 By Gabrielle. Inguna Butane in a beret on the cover of Bazaar.

Now that we’re back in the US, I’m really noticing (and enjoying!) hearing all the different talking styles from state to state. In Colorado, the pace is noticeably slower than that heard from, say, a New Yorker’s mouth. Oakland and San Francisco sounds are still so fresh and interesting to me. The tones in Utah feel like home. And any time I hear a hint of that trilled French r, I also feel like I’m home. So much so that I want to accost any French-sounding person and reminisce with them about what we miss most! (I guess if you’ve got a French accent or are wearing a beret, you might want to stay away from me for a while until this compulsion gets out of my system!)

Back in October, when we were in Ethiopia, I had a fun conversation with Karen of Chookooloonks about accents. Karen is from Trinidad but she lives and works in Houston, Texas, and her husband is from England. If you didn’t know Karen, and were having a conversation with her, the way she speaks wouldn’t tell you she has connections to any of those places — she sounds like a well-educated professional with a typical American accent. But if you ask nicely, she can pull out a perfectly authentic Texas drawl, or convince you she grew up in England. And if you really want to smile, ask her how she speaks when she’s back home in Trinidad. It might be the most bubbly, joyous accent ever!

And the thing that I love most about it, is that she’s not acting when she uses these accents — they are all equally native to her. I imagine it’s similar to speaking another language natively. She doesn’t have to think about it, she just does it.

All the different dialects; aren’t they amazing? Tell me: Where did you get your accent? Have you ever tried to tone it down, or is it pretty irrepressible — especially when you’re back home?