A Quilt For June 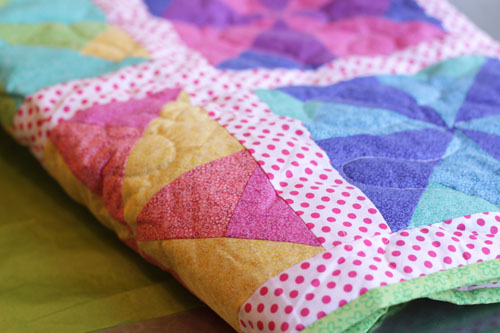 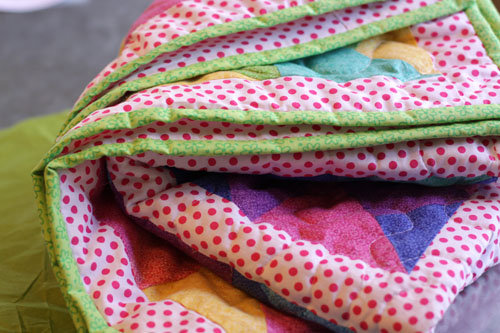 My sister Rachel made this beautiful quilt for June. It has such a nice, generous size and I adore the bright colors. Won’t it be pretty in the nursery? 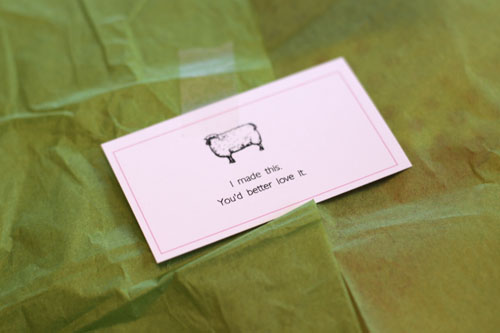 The little card she included made me laugh. Don’t you totally feel like that when you go to the effort to make a handmade gift?

Baby June has been spoiled with lovely things. She feels very lucky to be so loved.