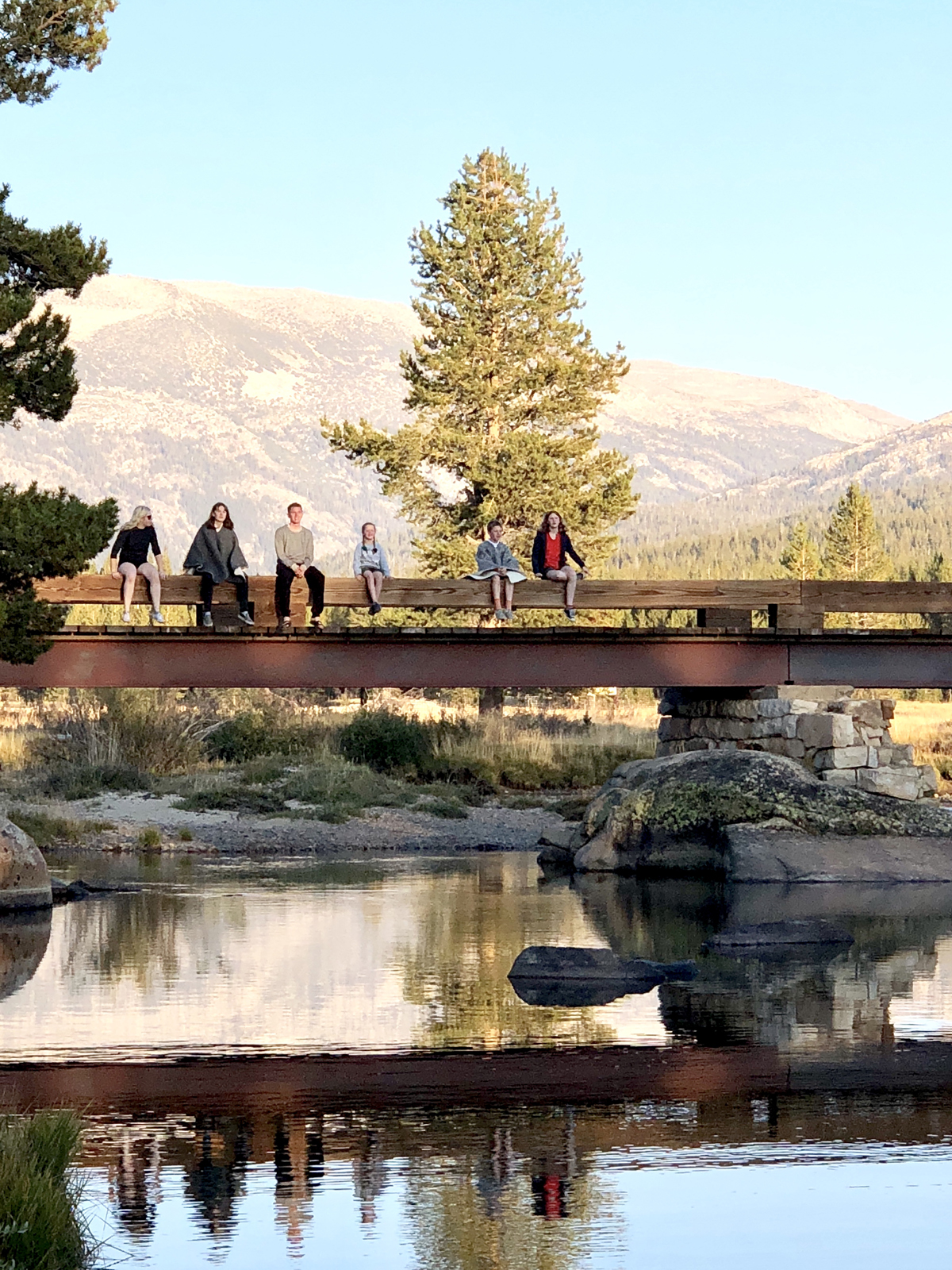 Hello, Friends. How are you? Was it a good week? We got home from our family trip, and now we’re preparing for a big family weekend. On Sunday, Ralph will be reporting on his mission during church. Many aunts and uncles and cousins are grandparents are coming out to welcome him home.

Right after Ralph is done reporting, our youngest, June, will be getting baptized. Mormons typically get baptized at age 8, and June turned 8 in May, but she wanted to wait until Ralph got home. In fact, Ralph will be the one baptizing her. Since we’ll have family in town, it’s fun to have two reasons to celebrate.

After the report and the baptism, we’ll be opening our home and hosting an openhouse for our friends, and neighbors, and congregation, so we can all celebrate Ralph and June.

Another big thing this weekend? Maude found an apartment and she’s moving in! Very exciting.

A little report on Ralph. He’s definitely in the tough transition phase right now. He’s happy to be home, but missing the simpleness of mission life. He liked knowing exactly what he needed to do everyday, and feeling like he was never wasting time. Things he’s thinking about: He hasn’t had a phone or social media for two years and he worries that he’ll fall into old habits of mindlessly scrolling. He also feels it was good for him to get up every morning at 6:30 on the mission, and to not stay up late — but knows his default is the opposite. At one point on the trip, he went out to the car to get something and felt funny walking out alone; he’s used to having a companion with him all the time. Since he’s been home, he’s noticed he’s extra-sensitive to any conflict, and he’s been encouraging our family (siblings and parents) to be more patient with each other.

As for me, I’m just holding tight to the week we’ve had together as a family. Maude is heading out, and Ralph is making plans for what’s next, and I fully understand how precious this week of just us was. I know those times are limited from here on out, and I want to truly appreciate whatever I can get.

And now, to keep you in the know this weekend, here are a few things I’ve wanted to share:

– If you’re dealing with the challenge of anxiety, here’s a great list of books to consider.

– So devastating. A fire took out the entire collection of Brazil’s 200-year-old National Museum — including the oldest human skeleton in the Americas, and thousands of indigenous artifacts.

– A list of the best and most affordable mental health apps. Have you tried any of these?

– “In a historic decision, India’s Supreme Court has ruled that gay sex is no longer a criminal offence.”

– Dammit. The Trump Administration announced a new rule that would allow immigrant children with their parents to be held in detention indefinitely.

– An explanation of the Nike Boycott.

– I’ve been touching up paint throughout the house and decided to give this mini-roller a try. I love it! I’m kind of obsessed.

– I’ve been thinking about this thread from journalist David Niewert who argues that Libertarianism and Authoritarianism often go hand-in-hand. Do you think of yourself as a a Libertarian? Or does someone close to you? What do you think of his arguments?

– An Instagram feed that collects the patterns of Japanese public transportation seats.

– New York City’s streetscape has been transformed — visually and economically — by a staggering number of vacant storefronts. (NYT)

– An off-duty police officer in Cincinnati used a taser on an 11-year-old he accused of stealing groceries.

– The best way to freeze produce.

– “Why Comcast sent me pizza.”

– There are whales alive today who were born before Moby Dick was written.

I hope you have a terrific weekend. I’ll meet you back here on Monday. I miss you already.

P.S. — We explored some new-to-us spots in Yosemite on our family trip and I can’t wait to tell you about them.