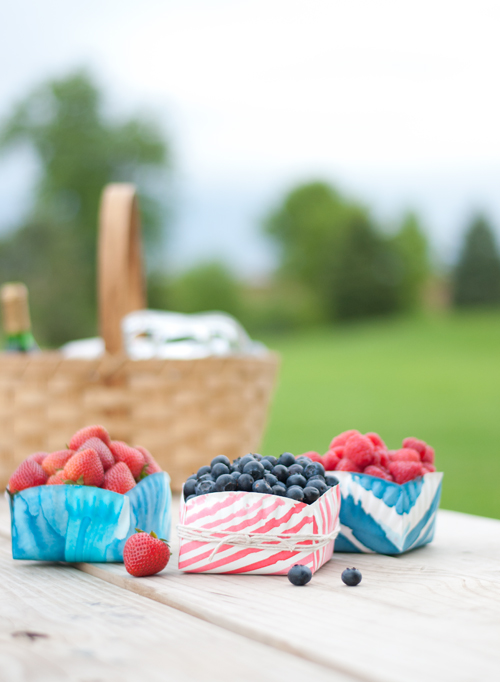 Hello, Friends. How are you? How was your week? The most exciting thing that happened during my week, is that we announced the next Alt Summit dates and location. It will be our 10th anniversary and 15th event, and we’re planning something really BIG. The Alt team has been working on these plans for months now and I’m pretty dang excited that we got to share it with the world.

Other than that, it’s been a typical summer week at our house — Jazz band camp ends today, and we’ve got play practice, and swim team, and the protest this weekend.

Which reminds me, I better go get some sign-making supplies because we’re running low! In the meantime, here are a few things I’ve wanted to share with you:

– Pregnancy discrimination inside American’s biggest companies. Men’s earnings increase by 6% when they become fathers, but a woman’s hourly wages decrease by 4% with each child.

– A janitor preserves the seized belongings of migrants.

– “To be clear: There is no immigration crisis in 2018. Not in the United States, not in Europe, not in Canada.” There’s no migration crisis – the crisis is political opportunism. Numbers in the U.S. and E.U. are at low levels and dropping, as are crime rates.

– Up until this week, when it voluntarily shut down, there was a National Republican Coalition for Choice. This was news to me and the op-ed gave me lots to think about. Any thoughts on the essay? Especially if you consider yourself a Republican? (NYT)

– The catalogued contents of a drained Amsterdam canal.

– The cities that never existed. “Unrealized cities offer more than just old ideas renewed. They also remind people of how the world, so solid and certain to us now, could easily have been so different.”

– For real? Australian feral cats eat more than a million reptiles per day, and could push some species to the brink of extinction.

–  The best source for advocacy tees (I have the Auntie Maxine tee).

– Reporters analyzed the data for one Harlem block and found a dramatic increase of complaints (like noise complaints) in 2015, coinciding with the neighborhood gentrifying and more white people moving in

– Paper plate berry baskets. (In case you have time for a picnic.)

– How long can humans live? Apparently we haven’t reached the limit yet. Do you have any interest in living to age 122 or older? (NYT)

– A thread on how to handle the seemingly never-ending deluge of depressing and disturbing news, with tips from a former CIA military analyst.

– Are you following the World Cup? We’re mostly keeping track of Colombia because our son Ralph is there and he said the whole country is tuned in and celebrating.

I hope you have an active, protest-filled weekend. I’ll meet you back here on Monday. I miss you already.