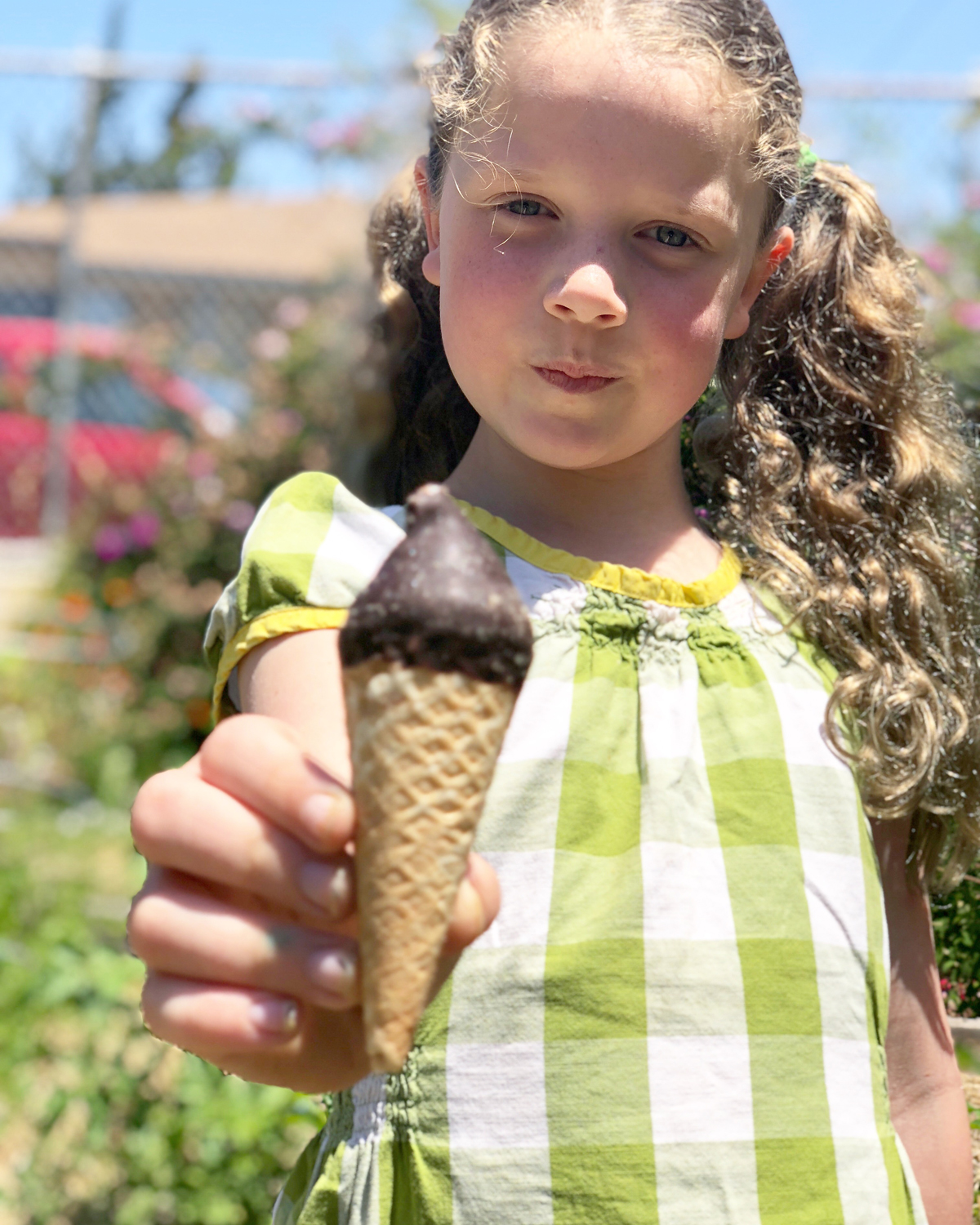 Hi Friends. How are you? How was your week? Today is the first day of our summer vacation — we celebrated after school yesterday with an epic water balloon fight with the cousins. Other fun stuff happening at our house this weekend: Ben Blair is at a two-day blockchain conference. Betty cut off 13 inches of her hair! (She donated it.) And she has a clarinet recital on Saturday. Oh, and last night, I went to Ocean’s 8. I loved everything about it.

Mostly, I sure hate the news today. In addition to the suicides, the in-depth news stories are coming out about how children are being separated from their parents who come to our border seeking asylum. It’s so much worse than I think any of us imagined. My stomach churns with every report. These are kids who have already been through hugely traumatic experiences — which is why their parents are so desperate, that they were willing to leave everything they’ve ever known in order to seek out a safe place.

As I was driving this morning, there was a story on NPR about a Congolese mother who presented herself and her six year old at the border in San Diego — didn’t cross over, didn’t do anything illegal; just presented herself to ask for asylum. (Reminder: seeking asylum is not a crime!) They told her they needed to bring her child into another room, then they handcuffed the mother, and she could hear her child screaming in the next room. They sent her child to Chicago. The mother didn’t know what or where Chicago was (remember, she had just arrived in desperation from the Congo!). She didn’t see her child again for 4 months.

It’s so awful. Let’s all call our representatives and tell them this practice needs to stop immediately. No one on either side of the political aisle is happy about this policy. We can unite and shut this down.

In other news, here are a few things I’ve wanted to share:

– It’s World Ocean Day. Here’s a real time map of all the boats in the sea, the rivers, and the lakes. Pretty cool.

– This New York Times’ analysis shows that Stephon Clark was shot at 15 times, in his own backyard, while on his hands and knees, most likely receiving all deadly wounds while he was falling or was on the ground.

– The unmaking of an incel.

– I love these water balloons so much.

– Remember Brock Turner and Emily Doe? Here’s the messy, tangled aftermath of that verdict. (By the way, the judge was recalled in Tuesday’s primary election — he’s the first judge to be recalled in California since 1932.)

– 100 Designers everyone should know.

– A New York gynecologist got zero jail time after accusations he sexually abused 19 of his patients — nine of whom were pregnant.

– Did you see the trailer for Wreck It Ralph 2? All the Disney Princesses together is awesome. Now I want a movie with all of them. Like a new Princess Justice League or something.

– But why? MIT created a psychopathic Artificial Intelligence by exposing it to reddit.

I hope you have a good weekend and get the chance to show kindness to someone. I’ll meet you back here on Monday. I miss you already.