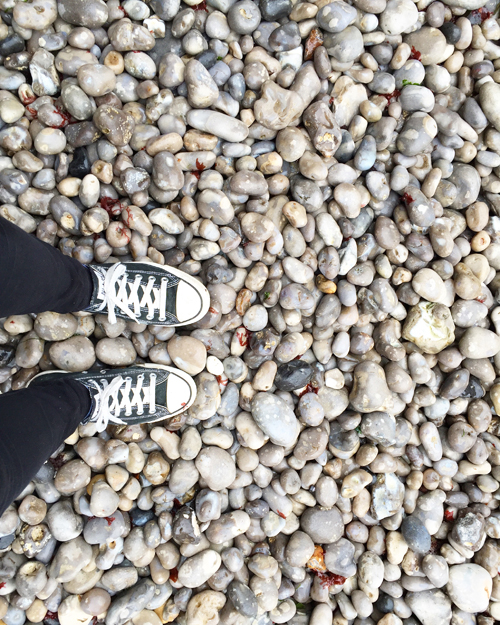 Another day, another waking to incomprehensible tragedy. Eleven police officers shot by snipers in Dallas, five of them killed, during what had been a peaceful protest. More families forced into dark days of grief and pain. More unnecessary death and violence. I mourn the loss of those officers. It’s all so horrifying. I’ve run out of words to say.

As usual, throughout the week, I gathered a list of links. Should I share them? Is it inappropriate? I don’t know anymore. Maybe they will serve as a good distraction. Here they are — a few things I’ve wanted to share with you:

– Still processing this one — Mother, Writer, Monster, Maid. It brought up lots of emotions. If you’re already feeling overwhelmed today, maybe save this one for later. But don’t skip it. It’s really, really good.

– A reminder to myself as I start arguing with people on Facebook — the other side is not dumb.

– In praise of “scruffy hospitality“.

– Was a fear of slave revolts behind the Declaration of Independence? This is an opinion I’ve never heard before. (NYT)

– How to raise brilliant kids according to science.

– Fascinating. A world map of when cities came to be.

– This could be a better model for homeless shelters.

– The real reason you can’t parent like a French mom.

– Anti-semitism is back and it’s making me sick to my stomach. Related, see the tweets Dana Schwartz received.

– And here’s a lighter one to end on. Carpool Karaoke with Stevie Wonder.

I hope you take care of yourselves this weekend. Hug the people you love. Be gentle to yourself, be gentle with everyone you encounter. Maybe take an internet break and go on a hike instead. I’ll meet you back here on Monday. I miss you already.

P.S. — If you’re interested, you have a few more days to take the quick survey from Blue Diamond for a chance to win a $50 VISA gift card. Details here.