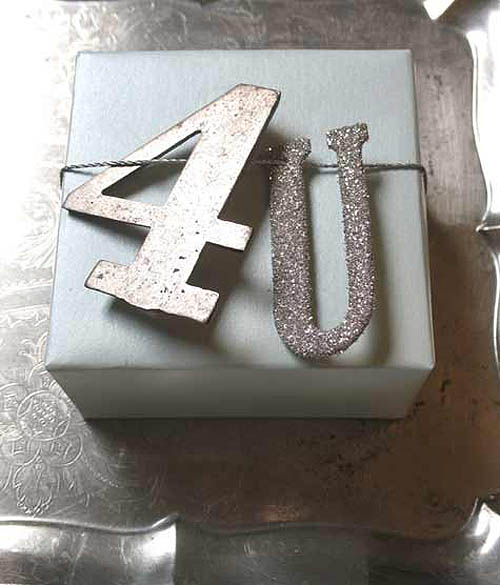 I woke up with a stomachache. After two hours curled in a chair reading, I padded down the long hallway from the living room to our bedroom, shaking my head. I had seen my doctor the day before, and I could still hear her words: “You aren’t dilated at all. You haven’t dropped. It will be another week or two at least.”

I reached the bedroom and nudged Peter’s shoulder. “I might be having contractions.” He rolled toward me and squinted into the light. “Really?”

“It’s probably false labor,” I said, trying to sound calm. I glanced at the clock. Six a.m. “But I want to get the nursery ready. Just in case.”

It took about three hours to get the clothes washed and folded and to fill the walls of Penny’s room. “I guess I should call the doctor,” I said, once there was nothing left to do. Another hour and three contractions later, we arrived at the hospital, just to check on my progress. Dr. Mayer examined me and said, “I can feel your baby’s head. You’re here to stay.” I found myself attended to by two nurses at once, my clothes in a heap and a hospital gown over my head and a strap around my middle to monitor the strength of the contractions along with Penny’s heart rate. A prick in the vein on top of my hand and an IV dripping fluid into my bloodstream.

They moved me into a private room—big and bright, with picture windows spanning the horizon. An anesthesiologist arrived to start the epidural, and soon it had numbed my body from the waist down. Now all I had to do was wait.

My mother and sisters arrived, and about an hour later Dr. Mayer checked in again. “It’s time to push,” she said. “We’re a little short-staffed, since this is a holiday weekend.” She turned to my mother. “Mom, think you can help?”

Mom pushed up the sleeves of her white turtleneck and took her position holding my left leg. Peter, on the right, was my coach. He never stopped looking at me, and his voice held a mixture of gravitas and pride as he said again and again, “You can do this. Push.”

But I couldn’t figure it out. I couldn’t feel anything. I was doing something wrong. I was failing. Failing. A monitor started to beep.

“The baby’s heart rate is dropping,” Dr. Mayer said. She turned to a nurse. “Page the neonatologist.” And then she looked at me, equally stern. “When the next contraction comes, you have to push. You have got to get this baby out.”

Somehow, my body knew what to do. With the next contraction, Dr. Mayer cheered. “You’re on your way. Okay. Okay.”

Two pushes later, Penny shot into the world. I caught a glimpse of her wriggling body and heard squawks from her little lungs.

“Eight out of ten on her Apgar,” someone said.

I turned my head, following my daughter. Penny had a full head of black hair and pouty lips, and she opened her eyes just long enough for me to see that they were deep blue, the color of a lake on a cloudy day. And then she was gone.

It was all action and congratulations from there—Peter announcing the good news, my body starting to respond to the intensity of what it had just experienced, shaking, teeth chattering, my sisters exclaiming how cute Penny looked when they saw her through the glass walls of the nursery.

Amidst the euphoria, amidst the doctor’s report that Penny was a little cold and they would bring her in when she had warmed up, a nurse called Peter out of the room. In the back of my brain, a warning signal flashed. I felt more attuned to my own body than anything else—this mushy midsection that hours before held a baby, these shaky limbs, the ache that began to creep into my back.

When Peter returned, my eyes were drawn to a speck of blood on the collar of his red-and-white checked shirt. It took me a minute to realize the blood was mine. Only then did I notice that his eyes were brimming. He grasped my hand. “The doctors think Penny has Down syndrome.”

Peter said, “Age?” using his nickname for me.

I shook my head. The only word that came to mind was No.

The lines in his face were soft and his tone was gentle, careful. “She has some of the features of a Down’s baby, I guess. The doctors said they can come talk to you if you have any questions.”

The world began to break into pieces, as if I had been looking at a scene through a plate-glass window that suddenly cracked, jagged lines distorting my vision. I had a flash of anger—How dare they talk to Peter without me? And then a flash of concern—Is Penny okay? And soon they were standing there, the neonatologist, a woman with thin brown hair who never smiled, and the pediatrician, a round-faced man with sweaty palms. I thought, They don’t know what to say. My voice clenched, but I didn’t cry. I argued with them a little, as if I could convince them to take back their pronouncement. But I couldn’t register their words, with their grim faces and somber tones. Whatever it was couldn’t overcome the narrative inside my head. The lines that began with No and concluded with I want to run away. Far away. Now.

They brought Penny into the room, swaddled tight, her head covered in a blue-and-pink striped hat. All we could see was her little round face. She felt so light as she gazed up at me with those big blue eyes. Her cheeks looked splotchy. When Peter held her, his long arms enveloped her body. He rocked her and stroked her cheek.

But then he handed her to me, and by the time Penny had finished nursing, I heard a whisper of peace. I sat there without words, without tears, looking at her and wondering what lay ahead.

By midnight I had been awake for almost twenty-four hours. My sisters said their good-byes. Penny nursed again, and Peter curled up to sleep in the fold-out cot next to my bed, his hand resting upon my thigh.

A nurse came in. She recorded my temperature and my blood pressure and asked about my pain. She turned to walk out of the room. Almost as an afterthought, she stepped toward me and said, “I had a special child, too.”

I couldn’t see her face in the dim light. I was lying down, on the edge of sleep. “How old is your child now?” I asked.

Her tone stayed the same—even and soothing—when she said, “He died a long time ago.” I closed my eyes for a moment. I didn’t want it to be true. I said, “I’m sorry.”

She looked past me and shook her head, as if I didn’t understand. Before she took her leave, she said, “He was a gift.”

From Amy Julia Becker of Thin Places. This story is actually an excerpt from Amy’s book, A Good and Perfect Gift

P.S. — Katie has a beautiful story too. She adopted a daughter with down syndrome from Bulgaria.

——-
Note from Design Mom: throughout my 6th pregnancy, I posted reader-submitted advice, memories and stories about pregnancy, childbirth, adoption and growing a family. My baby is hardly a baby anymore — here’s her birth story and her newborn photos — but the series has been so popular that I’m continuing it indefinitely. You can find all the stories in this series by clicking here. Have a story you’d like to share? I’d love to read it. You can send it to me at gabrielle@designmom.com.